Another state’s ban on gay marriage has been struck down by a federal judge. This is beginning to look like an avalanche.

Also, the judge in this case was John E. Jones III — familiar to us all as the judge in the Dover anti-creationism decision. That guy is growing on me, despite his Republican roots.

In case you’re following along at home: 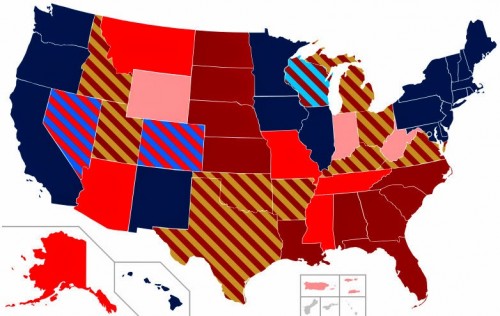