I got a bit of snippy email and twitter comments yesterday, after I made some disparaging comment about the HuffPo and its readership—I wonder if Garry Trudeau will get a lot of “how dare you say rude things about the Huffington Post!!?!?!” after this. 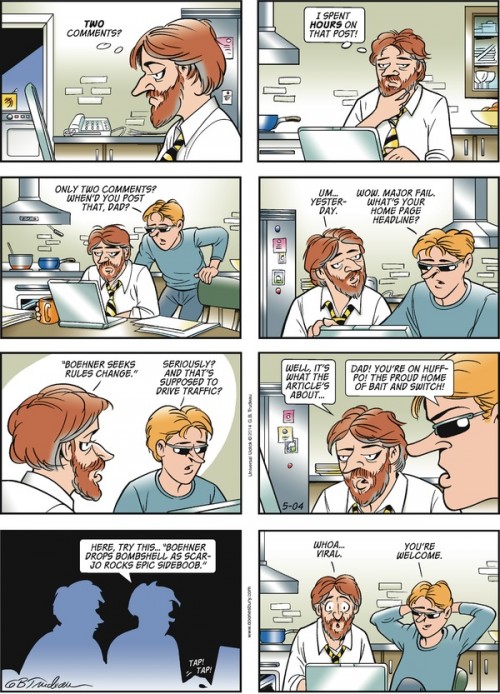