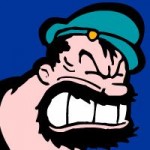 Islam and science are compatible, as long as you cut out the bits of science you don’t like » « What’s causing the boom in atheism?