The IPCC has been issuing climate change warnings for 25 years. Here’s the net result:

But if we go back to brass tacks, it’s worth asking how the world has reacted to these repeated warnings.

Since 1990, annual global greenhouse gas emissions from burning fossil fuels have gone up 60 per cent.

Or perhaps you’d rather get it in cartoon form? 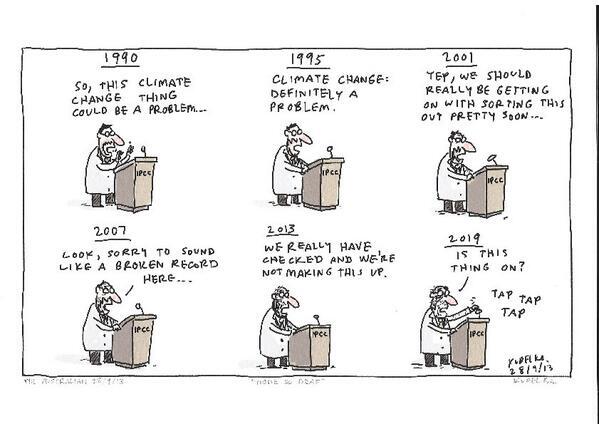 This is what happens when you ignored the scientists and instead obey the self-serving lies of industry.