I don’t want to give the impression that I think it is perfect — there are some flaws. This one had me scratching my head.

What the hell is this? 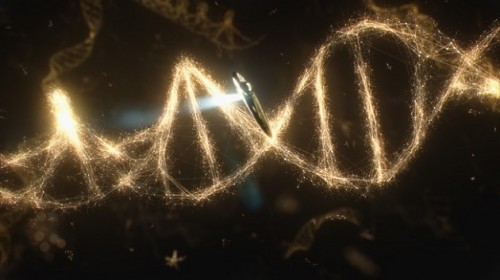 I’m used to noticing if a diagram of DNA has the correct right-handed twist of B-DNA or the proper number of bases per rotation of the spiral, but jebus…what are these random dots and lines and this strange stringy attenuated look that corresponds to nothing in the molecular structure? Is this what happens when an astronomer tries to draw a molecule?

I wonder if every other biologist’s brain came to a screeching halt when this animation came on the screen.