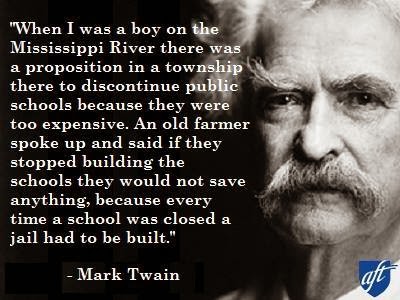 AFT
“When I was a boy on the Mississipi River there was a proposition in a township there to discontinue public schools because they were too expensive. An old farmer spoke up and said if they stopped building the schools they would not save anything, because every time a school was closed a jail had to be built.”

That Mark Twain was a smart fella.