It’s because the bad ones are appalling hacks. Here’s an ad for The Sun looking for a scientist to give them the answer they want. 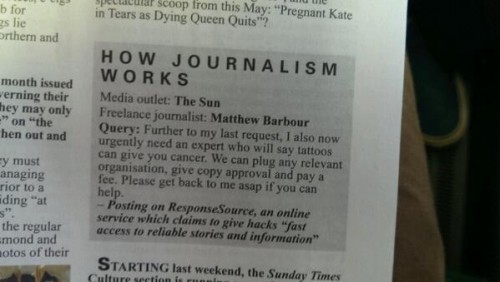 Query: Further to my last request, I also now urgently need an expert who will say tattoos can give you cancer. We can plug any relevant organisation, give copy approval, and pay a fee. Please get back to me asap if you can help.

May I suggest that Matthew Barbour ought to be drummed out of journalism, and that any “expert” who is cited in his article promoting lies for cash ought to be similarly ridiculed?

If anyone sees this article appear, let me know.