You know how, as the work piles up and the grading becomes onerous and the students get more demanding and critical, you sometimes need a day off? I wonder if my division secretary would be sympathetic if I called in and said I had the brain whispers really bad one day. 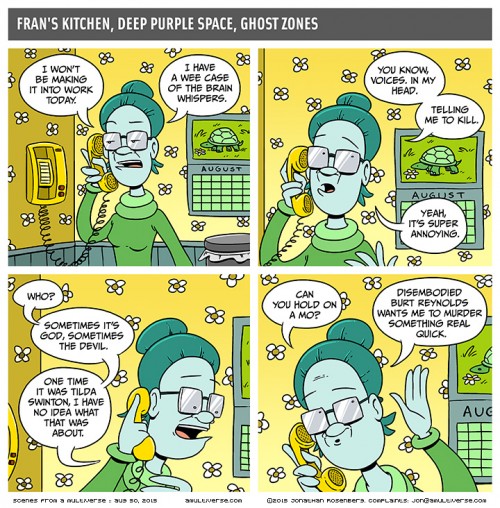 Actually, the secretaries sometimes look a little fed up with us faculty around the time we’re failing to meet all our deadlines…they might reply that they’re feeling it too, and then I’d be terrified.

We’re all bad together here…and proud of it » « Thanks, M.D. Anderson, for adding another confounding variable