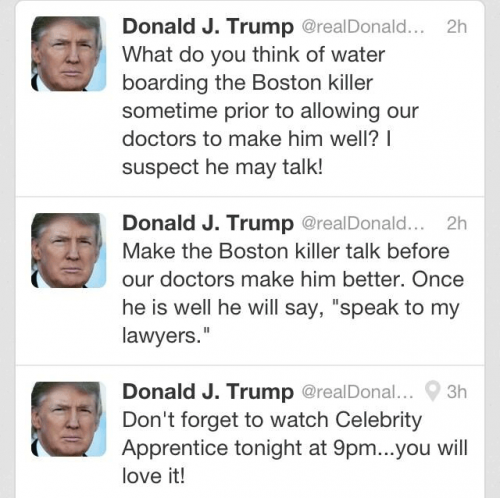 Twitter is a horrible medium for making any kind of lengthy or subtle argument, but it’s great for the casual bon mot—and sometimes it’s a good way to reveal the idiocy of bubble-headed celebrities. Case in point: Donald Trump. Behold, Trump revealed in just 3 consecutive tweets:

Amazing, isn’t it? Torture! Denial of Due Process! Watch My Show!

And this man thought he should be president. I never thought I’d see someone hunting for that office who was dumber and more evil than George W. Bush, and there he is…which probably means he’ll get elected sometime in my lifetime, given my track record on these things.