I’ll be kind and put the photo below the fold. There was a horrifying discovery in Spain. 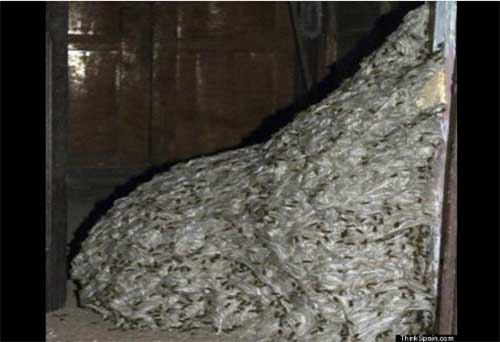 Police in the Spanish city of San Sebastián de la Gomera have cordoned off an abandoned house after finding a 22-foot-long wasp nest.

As ThinkSpain reports, officers were called to the scene by concerned neighbours. The massive nest is located in a hallway and may contain millions of wasps. Experts say that the common wasp found in Spain could never build a nest of this size, leading them to think that it’s an invasive species from Africa.

The police have not been able to trace the owner of the house.

That last line…if this were a horror movie, you would know exactly where the owner was.

More lies from the Discovery Institute » « This is a real thing?