A new tasteless meme is spreading across Reddit: good girl college liberal. As usual, I think you can guess what makes someone a “good” girl: it’s the willingness to do anything the guy with a copy of photoshop wants her to do. And what makes her a “college liberal”?

I’ve never known that to be a common characteristic of women in college, liberal or otherwise, but as we all know, reality never interferes with a misogynist’s fantasies about how women should behave.

I’ve included an example below the fold. Breasts are blurred out, but you might still want to be careful about flashing the picture around the workspace. 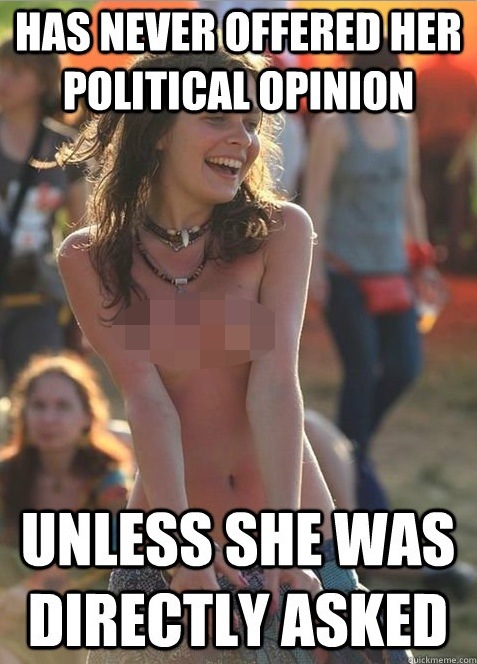 I did find this comment on the poor propagators of this nonsense amusing.

Hopefully he was able to explain that he wasn’t participating in a culture that routinely objectifies women; he was just browsing Reddit.

It’s a shame. Reddit, in principle, is a really good idea. It’s too bad our culture isn’t grown up enough to participate in it responsibly.