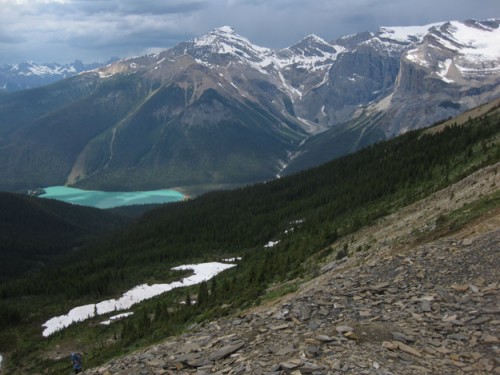 The photograph was taken by Callan Bentley, a geologist who posts lots of lovely images. The Discovery Institute was prowling the web looking for good illustrations for their latest piece-of-crap book by Stephen Meyer, and they asked him if they could use it. He sent them a very civil reply.

Thanks for your interest.

I hold the Discovery Institute in the lowest regard, and it sounds like the new book will be a further perversion of reason in the name of pseudoscience. As a science educator, I could never support such an effort! I will not grant reproduction rights to any of my photos or drawings to any creationist effort such as the one you describe here.

Best wishes for your good health, and the speedy demise of the sham institution that employs you.

There were a few more extremely instructive exchanges. The DI lackey dragged out the usual arguments:ID is science, the Galileo gambit, conspiracy theories, etc., but no evidence, which is kind of the minimal expectation we have for something we’re going to call science. It’s a wonderful reply, you should go read it…well, you’ll enjoy reading it, but creationists need to read it. And understand it. Which is probably too much to ask.

By the way, we now learn that the latest effort from hack philosopher Stephen Meyer is going to be called Darwin’s Doubt: The Explosion of Animal Life and the Case for Intelligent Design, and will be the usual nonsense about how a 15 million year long transition in evolutionary history is a problem for evolution. I’m just hoping it’s less padded with fluff and extravagant egotistical back-patting than the last one he wrote.

What I taught today: Nuffin’! » « The Desert Tortoises With Boltcutters Civility Pledge