You might have seen this already: Media Matters caught it and it’s making the rounds, including at my green energy joint at KCET. Fox News talking head Shibani Joshi says the reason Germany’s leading the U.S. in solar power installations by a factor of about 20 is that Germany has more sun than we do in the U.S. It’s toward the end of the clip:

Here’s the inconvenient truth (as they say), courtesy the National Renewable Energy Laboratory: 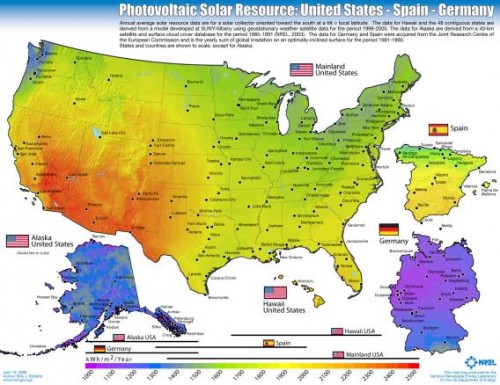 [Thunderdome] » « My nefarious plans are finally coming together