I don’t know, it seems like the same stories: priests raping people, football stars raping people, neither one being held accountable. And what happens when you combine Catholicism and football? You get Notre Dame. You get cover-ups and suppression. You get this bizarre Manti Te’o publicity stunt. 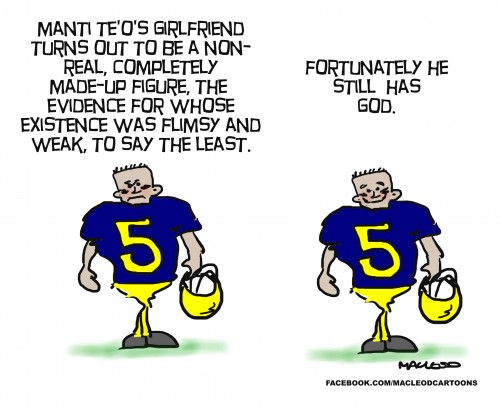 NRA down in flames » « NECSS is coming up