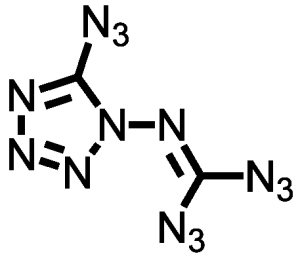 I’m not. Definitely not. But even I look at that chemical structure on the right and cringe. Or duck. Or run from the room. Something dramatic, anyway.