I think we could probably all use a few reminders of good things right about now. 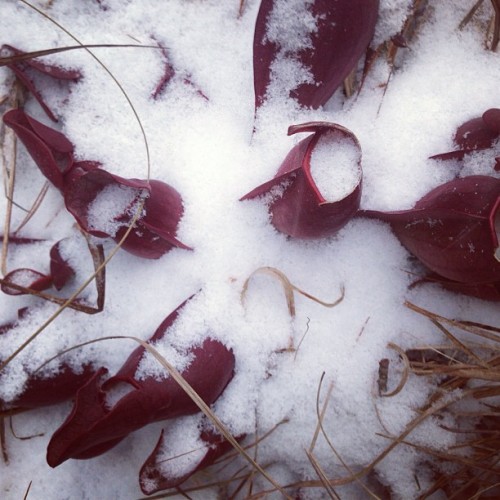 Sarracenia spp., aka carnivorous pitcher plants, in snow in Vermont. Photo by my pal Charlie Hohn. It’s enough to make me drop my grudge against the whole state.

If there’s no snow where you are, spending some time laying around outside might be nice. (Photo via knowyourmeme.) 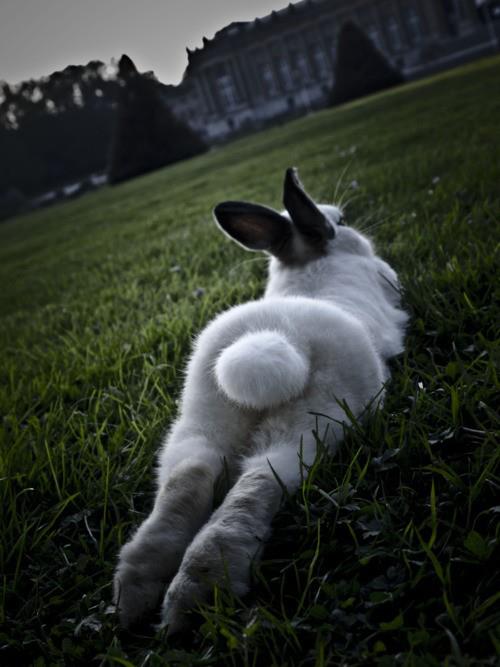 You could even go for a walk in the desert. I might have to later today. 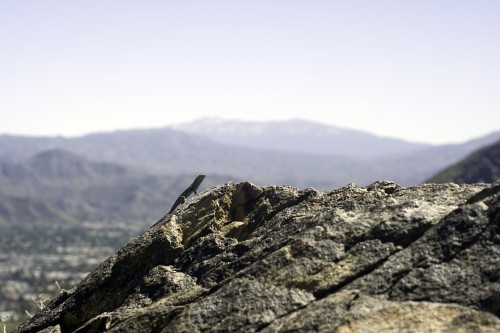 (Speaking of which, allow me to abuse my coblogger privilege to mention that I have a new freelance writing gig as of this weekend. Come over and say hello in comments if you want.)

Too much with the visual? Need some science? Here’s some new, awkwardly translated results of an ongoing study of panda paleontology:

As early as about 3 Myr ago, [pandas] probably had already completed their dietary swift [sic: “switch,” I assume] and pygmy panda emerged with bamboo as its primary diet. The warm and wet weather at that time provided ideal conditions for the spread of bamboo forests that further led to the first population expansion of giant panda. However, about 0.7 Myr ago, the panda population began to decline due to the two largest Pleistocene glaciations happened in China, and its first population bottleneck occurred at about 0.3 Myr ago. During that period, pygmy panda was gradually replaced by another subspecies — baconi panda that has larger body size.

Mmmmmmmm… “panda baconi.” (Link is to Brian Switek’s post from a couple years ago on paleopandas.)

Lastly, and speaking of paleontology, I heard a rumor that Carl Buell’s illustration of the Hell Creek Fauna, featuring the newly named lizard Obamadon, might have been displayed on Saturday Night Live last night. Did anyone see it? I don’t watch the show much since they fired Joe Piscopo. Is it any good still?