This is the punchline: 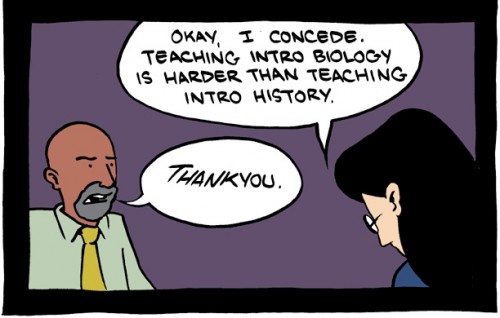 You’ll have to read the rest for the setup.

And then there’s the meta punch line. I’m teaching introductory biology again this semester. Starting next Thursday. Also second-year cell biology, starting Wednesday. I’m already counting down to 7 December, the last day of classes — this is going to be a very tough term.

[Thunderdome] » « I want skin that can do this