We should profile Muslims, or anyone who looks like he or she could conceivably be Muslim, and we should be honest about it. And, again, I wouldn’t put someone who looks like me entirely outside the bull’s-eye (after all, what would Adam Gadahn look like if he cleaned himself up?) But there are people who do not stand a chance of being jihadists, and TSA screeners can know this at a glance.

Terrorists are people who have an ideological commitment so fierce that they encourage violence in its defense, even to the point of self-destruction. It is a behavioral property, not a racial one; to argue that one can identify it by so superficial a characteristic as appearance is unjust and ineffective. If we’re going to play the odds game in the United States, for instance, the people we ought to be stopping are white males. These are our terrorists, for instance. 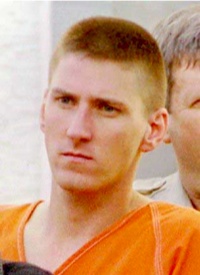 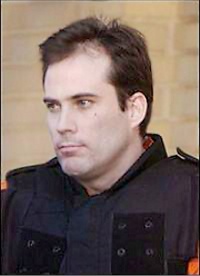 Shall we single out people who look like them for special scrutiny? Of course not, that would be so many people, you might say, and most light-skinned European-Americans are not terrorists, so it would be an incredibly inefficient screening protocol. So why should we focus on people with dark complexions and Semitic features? There are many of them, too, and the overwhelming majority are most definitely not terrorists, and it would similarly be terribly inefficient. We would be harrassing mostly innocent people…but of course, these are innocent minorities, so their rights be damned to give the majority a little more privilege.

Harris also argues that some people are obviously not capable of terrorism, mentioning specifically the elderly — “an elderly couple who couldn’t have been less threatening had they been already dead and boarding in their coffins”. I had not realized that destroying required less guile and cunning and technological sophistication than muscle. I know that I don’t plan on seeing my capacity for nefarious scheming to diminish as I become increasingly decrepit physically, and I’m pretty sure that setting off a bomb in the bathroom doesn’t require vast reserves of youthful muscle.

Harris is right to complain about the superficial show of frisking down a subset of people passing through the security chokepoint — it’s a stupid way to prevent terrorism. It would be far more effective to catch them before they show up at the airport, on the basis of associations and activities, rather than their skin color or the shape of their nose; it would also be better to have more robust recognition of identity at the airport, in order to connect information about threatening behavior to the individual.

But never mind me. Ask a security expert, Bruce Schneier, about profiling. He advocates behavioral profiling (are they acting hinky? Is there something unusual about their activities?) but rejects the stupidity of profiling by ancestry.

Thorough reform of the security process is needed to make us genuinely safer. Scapegoating ethnic groups is not, however, the answer.

Gaily frolicking squid » « Why I am an atheist – Dave Hill