That’s the problem with the enumeration of logical fallacies — the people who respect reason will print out this poster and hang it on their wall, while those babble nonsense in an endless stream will look on it uncomprehendingly and declare that it doesn’t apply to their arguments, ever. 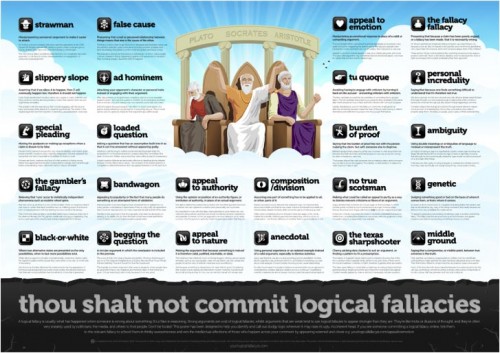