Dang. I can never keep those nonexistent supernatural entities straight. 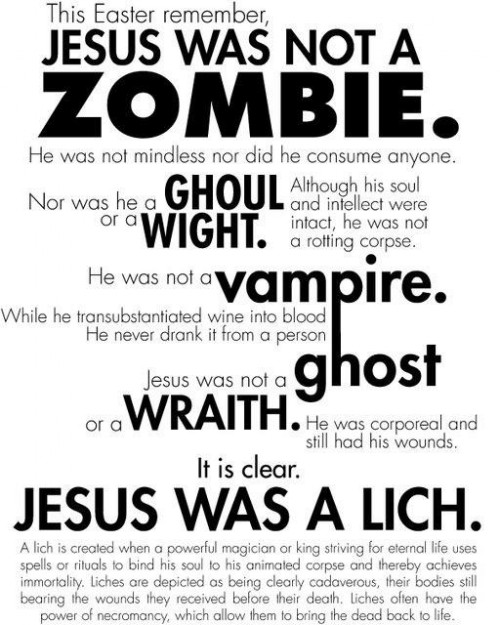 OK, and then the Holy Ghost must be a ghost, like Casper. But what is his dad? A wizard? And where does the Easter Bunny fit in? I’m thinking maybe Jesus is a lich, but he’s also a Furry, and once a year he dresses up…

Hey, is this that sophisticated theology people are always talking about?

Sunday Sacrilege: Bad without god » « Why I am an atheist – Erik