In a previous “I get email” post, I mocked this bizarre list of 50 “proofs” that god exists: they were all nonsense and non sequiturs and bizarre falsehoods. The author actually dragged out the Lady Hope story as evidence for a god! Take a look and you’ll see how genuinely stupid the list was.

But there’s a stalkerish element to all this, too. Ever since, the author periodically writes me these weird pleading/sneering emails. She was very upset that I called her out on her raving foolishness, and has to remind me of that every once in a while. It’s rather stupid, since I’d basically forgotten the post — it was almost four years ago — but she can’t let it die and has to stir it up now and then.

So here we go again, to oblige the bizarrely obsessed Debra Rufini, here is one of her latest emails. I’ve posted it below the fold as a screen capture because there was no way I was going to try and imbed all those silly smilies. 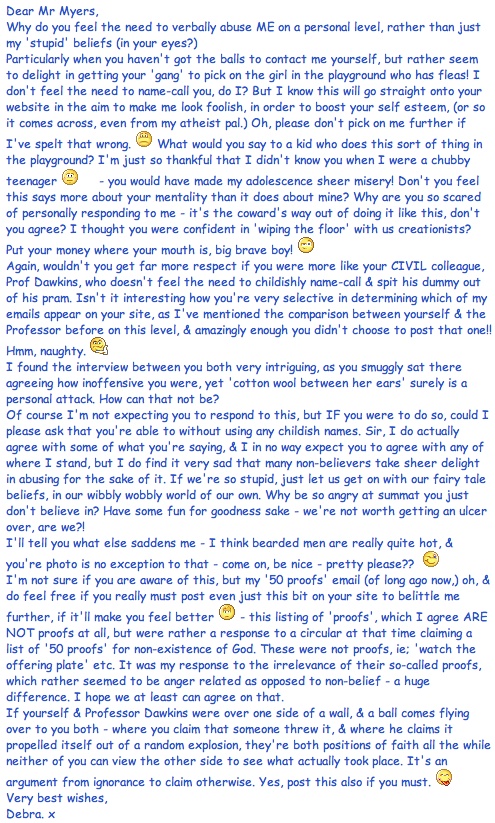 If anyone knows her, get her some help, OK?