You know those Norwegians — fierce Vikings all, with no respect for the religious. The Students and Academics International Assistance Fund (SAIF) put up a promotional poster, and now the Iranian embassy wants to tear it down (Google translation).

You have offended the feelings of a great nation, said in the letter that SAIH has received from the press chief of the Iranian Embassy in Oslo, Mohammad Javad Hosseini.

I have considered their complaint (well aware that I have no status at all in Norway), and have concluded that…it’s a pretty nice poster. I’d like one. 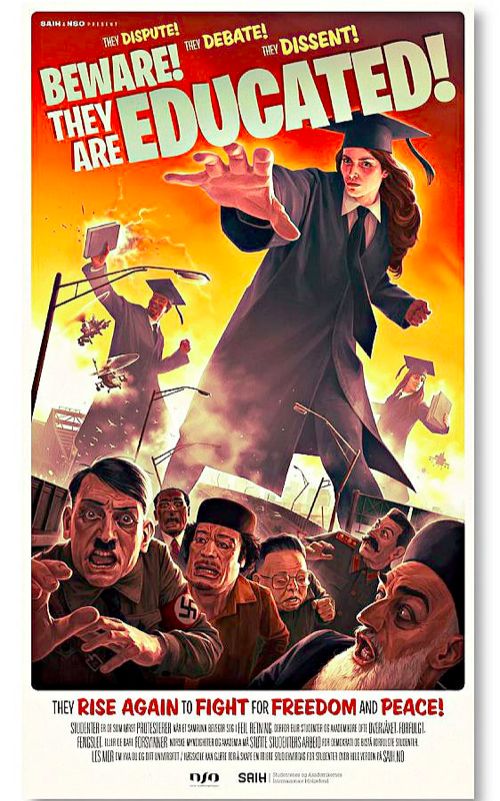 Kim Jong-il might complain, though. I can live with that.

Botanical Wednesday: It looks nothing like a liver » « An irrefutable argument