From time to time, politicians are accused of taking the “don’t let a good crisis go to waste” approach, and while crises are often exploited by disaster capitalists and demagogues, they can also be exploited by people who want to make the world a better place for everyone. In that vein, I want to take advantage of the current crisis (or the current tiny part of the larger climate crisis), to ask you to imagine a different world.

Summer has arrived in North America with infernal temperatures, and the wildfires seem to be getting worse every year. Between the heat and the smoke, going outside is increasingly dangerous in growing parts of the continent, at least for part of the year. It appears that the bleak reality of climate change is setting in for more people every year now, and I think that makes this a good time to really think about the dangers facing us in a warmer climate, and how our infrastructure, lifestyles, and even clothing may need to change.

These changes have already been underway, at a reactive level. The COVID-19 pandemic may have caused a global increase in mask usage, but the areas affected by the growing wildfire problem have had masks on the list of recommended household safety gear for a while now, because of the problems caused by smoke inhalation. As temperatures rise, many chemical reactions will become more common. Air pollution in general is going to keep getting more dangerous, and wildfires make that problem worse not just by having more smoke in the air, but by burning human structures, waste, vehicles, and so on and releasing those chemicals into the air as well. We’re expected to have more pandemics in the near future, simply because of habitat destruction and climate chaos bringing humans into contact with new animal populations, but we’re also going to want to have masks around because hotter air is more likely to be poisonous.

It’s becoming harder and harder for anyone to believe that life as we’ve known it is ever going to return. We’re gazing into the unknown, and it’s natural for our minds to conjure images – to make spontaneous guesses for what might actually be out in the darkness. It’s the end of the world as we know it, and the shape of what follows has yet to be determined.

Let’s continue thinking about masks, for example. I’ve been wearing one in public spaces for 16 months now, and I generally dislike them. I don’t like the close, muffled feel or the way the masks press against my beard. They’re uncomfortable, but also necessary. I think that as the temperature rises, and the necessity for masks increases, I’m going to want to make a re-usable mask that fits more comfortably, and that’s not going to make me feel like I’m suffocating if I have to wear it during a heat wave. I’ve toyed with the notion of a mask with a rigid skeleton, washable filters, and maybe even a battery powered air pump or fan for circulation. If we’re gonna have to deal with a dystopian hellscape of climate chaos and late-stage capitalism, we might as well get a cool cyberpunk aesthetic to go with it, right? Guess I’d better add some infrared LEDs to mess with surveillance equipment while I’m at it.

Aesthetics aside, with the temperatures we’re starting to see, I honestly think we’re approaching a point where going outside is going to require a full-body cooling suit on some days. Liquid-based thermal suits have been around for a while – they’re most famously used by astronauts for the under-suit worn inside a space suit. The basic principle is that the clothing holds a tube against the skin, through which water or some other fluid is pumped, drawing heat away from the body. According to Wikipedia, garments like this are designed to

…remove body heat from the wearer in environments where evaporative cooling from sweating and convection cooling does not work, or the wearer has a biological problem that hinders self-regulation of body temperature.

For the rest of our lives, a growing portion of humanity is going to live in those conditions for at least part of the year. Hopefully the fact that parts of Canada are approaching those conditions has disabused most people of the notion that anywhere on the planet is going to be guaranteed to avoid those conditions. People are going to need to have reliable shelter from the heat, and are going to need protective gear for going outdoors, especially for things like emergency services. What remains to be seen is how easy it’s going to be to build and maintain such garments as the heat continues to rise.

Even if it turns out we can make temperature-controlled clothing easily and safely, we can’t simply exist in full body suits for our entire lives – we’re going to need places where we can just exist, without protective gear, which means not just air conditioning of one form or another, but also common spaces that can be accessed without going outside, or without spending more than a couple minutes between buildings. I think there are a lot of forms this could take, but probably the most familiar would be dormitories, apartment blocks, and “co-housing” setups like this Norwegian project:

In Vindmøllebakken, the units are arranged around a central core of communal spaces, which are equally and jointly owned by residents. The main entrance is through a lofty, light-filled courtyard space with an amphitheater, all built with spruce timber and insulated with hemp, creating a warm and welcoming atmosphere for residents to sit or to chat.

For those who want to skip this area of socializing, there is a more direct path from the street to residences that is available as well.

Adjacent to the courtyard, we have a communal kitchen and communal open-plan dining area, providing a space for residents to cook and eat together if they so choose. There is also a lounge and guest rooms. Further up, we have open walkways leading to a library, greenhouse, and workshop.

The architects say that: “The sequence of rooms is designed to create visual connections between spaces and people and to provide freedom to how much and when to engage in communal life.”

Another thing that is already the norm in some areas is to have grocery stores build into apartment buildings. The AirB&B we stayed at in Frankfurt on our move across the Atlantic had a full grocery store in the basement. I’m sure the residents of that building aren’t the only ones who shop there, but if they’re ever faced with conditions that require them to stay indoors as much as possible – like a killer heatwave – they’ll be able to get necessities without ever setting foot outside. Add in things like the monstrous floating cities used by the cruise industry, and subway stations built into the lower basements of skyscrapers, and it’s clear that we have all the pieces we need for cities that can function pretty well with a majority of people never needing to expose themselves to lethal outdoor conditions.

At the same time, the conditions we’ll be trying to avoid are likely to cause problems for both agriculture and freight, all of which brings us back to my long-standing belief that we’re going to need to invest heavily in indoor food production. That can be hydroponics, aeroponics, aquaponics, algae or bacteria farming, insect farming, or even giant, artificially lit underground fields for all I care, but our food crops can’t survive these heat waves and fires any better than anything else can, and the cost of irrigating them is going to start rising exponentially as groundwater continues being depleted and temperatures continue to rise.

It may not be everywhere, and it should not be how we spend all of our time if it can be avoided (I think we need to maintain a broad personal connection between the state of the climate and the general population), but it will be necessary for survival in most parts of the globe at least some of the time. As we look into things like high speed rail networks, I think we might want to consider spending the extra resources to build those underground to protect our transit network from the rising climate chaos. The current above-ground arrangements for mass transit are currently melting, warping, or buckling.

But all of this is just what’s going on in my head, and I think we need as many people thinking about this as possible. How can we adapt ourselves and our society to the way climate change is affecting your region? What would be needed for that change?

What are the obstacles, and how might they be overcome?

What changes could we make at the same time to foster community building and organizing, and to improve everyday life, particularly for those at the bottom? How could we rebuild society to increase everybody’s free time?

We are in uncharted territory in a number of ways. The people in charge know the harm they’re doing, but they’re lying when they say they know what’s best for humanity – they don’t, and they never have. It’s up to us to figure out what needs to be done, and to make that happen.

Anyway, I’m curious what thoughts other people have on how we might change things to survive what looks to be a very tough time. 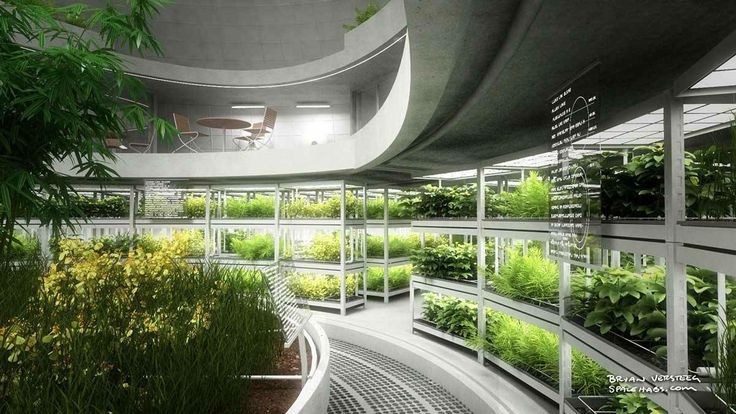 If you liked this post, or find the content of this blog useful in general, please consider giving as little as $1 per month to help support and improve my work at patreon.com/oceanoxia. Life costs money, unfortunately, and every little bit helps. Also consider sharing my work with anyone you think might appreciate it. Thanks, and take care of yourselves.

“Wet-bulb temperature” is a concept you need to know as the planet warms » « Update: Lytton has burned.