“Exploitation Cinema”… it’s all in the name, isn’t it? One of those rare instances in which bigotry and kyrarchy brazenly names itself. And we, collectively, brazenly accept it as a legitimate aspect of our cultural discourse regardless.

How, exactly, is it that white male hipsters can go around describing themselves as fans of “exploitation film” and get a pat on the back for their “good taste”? Where the racism and misogyny of filmmakers like Quentin Tarantino is accepted as “genius” so long as it remains filtered through “contextual” qualifiers of “retro-aesthetics”, “irony” and its allegedly “empowering” nature for whosoever is the target of the exploitation? END_OF_DOCUMENT_TOKEN_TO_BE_REPLACED

A couple days ago I was mindlessly killing some time and unboredifying myself by clicking the random button at Saturday Morning Breakfast Cereal. After awhile of this, a certain comic pulled up. The caption read “Who says money can’t buy happiness?” and, in the panel, an enthusiastic, smiling man was handing a syringe over to another man, raising his fists in joy, while saying “here’s your heroin!”.

It was, to put it mildly, a little bit triggering. END_OF_DOCUMENT_TOKEN_TO_BE_REPLACED

One of the most lovely aspects of the internet, one of those that has most consistently lived up to the somewhat utopian visions the medium’s emergence promised, has been its capacity to offer a highly democratic, highly populist form of media, information exchange, communication and community.

In a recent “tranchat” (a twitter-based discussion that occurs each Sunday), the topic came up of the tension in feminism between theory or academia, and “real life” issues, everyday praxis, the street level experiences that feminism suggests the capacity to speak to, of, about. It occurred to me, though, that this tension seems much less prevalent and noticeable concerning trans-feminism. Trans-feminism has, thus far, not been a product of academia, nor is it even really practiced there… at least not in any form even remotely resembling the trans-feminism which I’m involved in and accustomed to. Trans voices are not exactly welcomed and embraced within academia, and the experiences of trans people in that milieu, students and faculty alike, are markedly different than those expressing or embodying other queer identities (totes not in a good way, either). Rather than us being the speakers in academia, we are the objects of study. Rather than theorists, we’re something the theorists struggle to explain.

Like other activist movements built from minorities (or ideological minorities) that had previously been scattered, isolated from one another in circumstantial diaspora, with very little access to information, community, publication, media, connection or infrastructure with which to organize, trans-feminism has been overwhelmingly a product of the internet. The internet in general has had an immense influence on trans people and our capacity to even exist, turning what had once been something often impossibly remote and difficult to understand, with intense limitations on who could or could not access the resources to make into a reality, into something that is far far more of a genuine, tangible possibility for those who need it. But beyond simply making our lives so much more livable, and our needs so much more attainable, and our identities and experiences so much more comprehensible, it is has also given us the capacity to find one another, communicate, and organize.

This was the spirit and media in which trans-feminism was born… isolated individuals who had been intensely marginalized from the dominant media and narratives reaching out to one another through the means that were available. It has not been something handed down from “community leaders” to “the people”, but instead something that emerged collectively. In this sense, it feels like those theory / praxis, academia / “real life” tensions aren’t as important for us. Or at least, that we have the opportunity to avoid them becoming important or meaningful. If we do this right, those tensions shouldn’t have to exist, shouldn’t have to feel at all relevant or worth talking about. If we do this right, we will always be a discourse that emerged from and between the people it speaks of, not ever having to position academics, theorists, experts or leaders to speak on our behalf. It’s a pretty awesome thing. END_OF_DOCUMENT_TOKEN_TO_BE_REPLACED 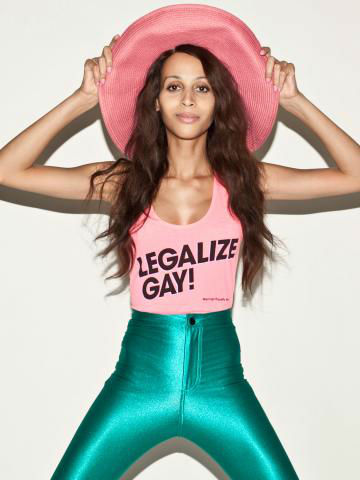 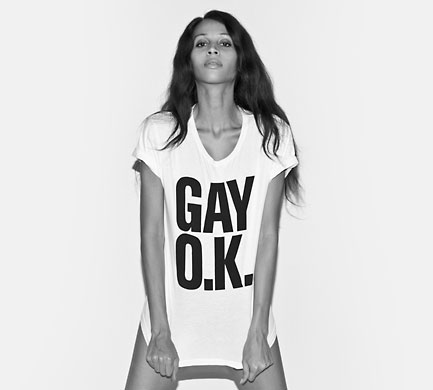 END_OF_DOCUMENT_TOKEN_TO_BE_REPLACED

Okay. 3.5 cups of coffee have been consumed, along with a carrot-spice muffin, and I just got back from getting my 75 ml methadone (dissolved, as always, in a sickly bittersweet orange tang solution) and that should kick in shortly. Should be able to hunker down here for awhile.

Also, it seems my dream was somewhat prescient of today’s actual weather. Dreary, wet, drizzly, gray… absolutely nothing to compel me to wish I was outside instead of in here blogging. What luck.

This post is part of a collaborative Crossover Event with the famed and deadly Dolphin Assassin, Monica Maldonado. We’ve both written on the same general subject today. Please head over to her blog, TransActivisty, and check out her thoughts.

In the absence of positive representation in one’s culture, when one feels invisible under its appraisal of who does or does not count or deserve acknowledgment, when one is starving for any figures through whom you can see yourself, you find them where you can. You build them out of subtle hints, possible (and often unintended) suggestions, little cracks in conventional characterization… or you recontextualize the negative representations. Turn perspectives around. While those in society’s privileged interiors have trouble understanding marginal perspectives, we understand theirs entirely. We need to. It’s a necessity to survival. But we don’t have to play along, and we certainly don’t often see things exclusively through their terms. You find your pride where you need it, even in the hatred.

And what often feeds an even more dire necessity for recontextualizing what few (typically negative) representations is the need to understand oneself, who you are, what you’re feeling. To articulate your experiences back to yourself. This is painfully true of young (in all senses of the word) trans people. Our culture doesn’t (or at least didn’t) hand us any tools for understanding what we were going through and defining it for yourselves, or understanding our needs and the options for having those needs met. But we found them anyway.

You find your identity where you need it, even in the hatred. END_OF_DOCUMENT_TOKEN_TO_BE_REPLACED

I’m back from my little trip south of the border, and feeling much, much better. It’s funny how little it can take sometimes to make so much of a difference. Just a little of the right care in just the right places is often all it takes.

Well, the lead singer of Against Me, now going by the name Laura Grace, has now joined Mina Caputo amongst those with either the courage or brazen recklessness to transition in the public eye (not to imply that either really had much of a choice, mind). She’s announced her transition through Rolling Stone magazine. Keep an eye open for the HILARIOUS assumption that readers need to be informed that no, Laura is NOT the very first transgender musician ever.

I can’t help but feel things like this are pieces of a larger cultural shift. That they hint at something immense, and immensely beautiful. Would this have been possible even five years ago? Why now?

Let’s make the most of this now, everyone.

Anyway, I find the whole thing enjoyably recontextualizes a lot of her past work. For instance, this stark meditation on the mechanical repetitions of addiction, and the meaninglessness of statements of “I’m going to change things!” when you’re not yet able to address what really needs to be addressed. Something I understand entirely too well:

A bunch of times I’ve heard this song being described as about a botched “sex change operation”. Whoever thinks that obviously wasn’t listening very closely and doesn’t know their queer history very well. It is indeed about a botched surgery that was often performed on trans women once upon a time. But it’s not about SRS.

END_OF_DOCUMENT_TOKEN_TO_BE_REPLACED

First of all, a quick note: sorry there was no recap yesterday. I just figured since the week had so few posts (again… -sigh-) that it wasn’t really worth sacrificing a greatly needed night away from the blaggy-blegs. I’ll recap this past week’s posts when I do the recap this coming Saturday. Moving along to this week’s video…

I feel adding much in the way of commentary would spoil this, but for the sake of context, this is from Mina Caputo, singer of the metal band Life Of Agony, who back in the summer publicly revealed she was transitioning. This song and video’s release predates her coming out.

Slightly NSFW, albeit not egregiously so.

In the words of an e-friend of mine “That’s not subtext. That’s text.”

So “we” did it, everyone! “We” successfully petitioned and fought and made a fuss and now “we’ve” won! Donald Trump himself has announced that Jenna Talackova will be permitted to participate in the Miss Universe Canada competition!

By banding together as a community, and making our voice heard, we have successfully ensured that this totally passing-privileged, beautiful-by-cisnormative-standards, successful beauty queen will be able to subject herself to objectification in an ultra-patriarchal competition built entirely around the premise that a woman’s worth and validity is dependent on how well men are able to sexualize her and project their desires onto her!