A bunch of times I’ve heard this song being described as about a botched “sex change operation”. Whoever thinks that obviously wasn’t listening very closely and doesn’t know their queer history very well. It is indeed about a botched surgery that was often performed on trans women once upon a time. But it’s not about SRS.

It’s about a botched lobotomy.

April Gardner, aka Slignot, offers some interesting insights into Die Cis Scum, in the wake of a twitter debate with an old cis pre-transition friend of mine that followed the arrival of this: 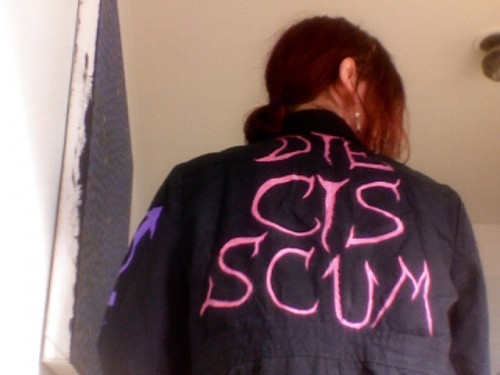 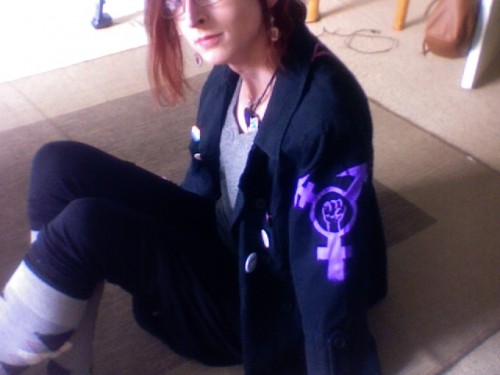 My first time wearing it was met with a cis guy running up behind me to catch up and say “I LOVE your jacket. And someday I eventually will.”

I told him that unless he’s also scum it doesn’t apply to him.

Cross-Dresser Success Stories has been re-initiated.

A seventy-eight year-old pensioner in East Sussex is set to become the oldest trans woman to ever have SRS under the NHS (insulting, archaic language in the article, btw).

Janet Mock offers an important rallying cry for asserting that the lives of trans women like CeCe McDonald, Paige Clay and Brandy Martell do count.

And speaking of Brandy Martell…

A trans student teacher in Ohio was fired for discussing his being trans in class, which apparently is some kind of “violation of code of ethics and professional conduct” or something. God I’m sick of cis people’s ethics and codes of conduct.

Violate the hell out of them. 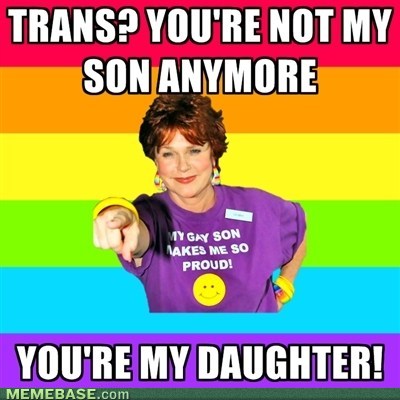