I’m on vacation this week! This post originally appeared on Queereka.

My first forays into the trans internet were back in the Fall of 2001, while I was having a particularly bad “episode” of dysphoria that led, for the first time in my life, to actually conducting extensive research into what transition entailed. The e-landscape back then was a bit different than it is now. Those were the days of GenderPeace and AuthentiKate. When TSRoadmap.com was the Bible and Andrea James had yet to fall under criticism for presenting such a scary and difficult, expensive and passability-obsessed vision of transition to those at the beginning of their process. Calpernia Addams was God. Lynn Conway’s TS Women Successes was an important touchstone for demonstrating that yes, it was possible to live a happy, full life as a trans woman, and that many possibilities existed for what, exactly, that life would be (if you weren’t so terrified by TS Roadmap that you spent all your time there comparing and contrasting the levels of passability).

And amongst these various websites there was a cornerstone that promised instant, easy answers to all those who were questioning and exploring the possibility of transition. It presented itself as being able to remove your doubts, rule out the possibility that you weren’t really trans and just confused, show you just how trans you were (relative to all those super-duper transier-than-thou Troo Wimminz), and give you a sort of intellectual “permission” to finally pursue this. It was called the COGIATI (Combined Online Gender Identity And Transsexuality Inventory). END_OF_DOCUMENT_TOKEN_TO_BE_REPLACED

There’s been a lovely and adorable video circulating on the tubes-osphere the last few days that I’m sure has helped bolster a comforting sense of optimism about the next generation’s understanding of gender. A little girl named Riley gets irate about the toy store’s division into a pink section and an “every other colour” section, and the way that marketers “trick” girls and boys into liking particular kinds of products: 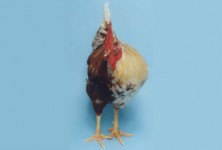 You know what this world needs more of? Misconceptions about transsexuality.

Wait… I think I got that backwards.

Right… there is absolutely no dearth whatsoever of misconceptions people have about transsexuality. Sometimes I feel like a sort of trans-advocate Sisyphus, perpetually pushing a boulder of education up a hill of myths, stereotypes, fear, hatred, ignorance, disinterest and general laziness. And really, I could spend the rest of my life just trying to debunk a small sub-set of the mistaken beliefs about us held in the mind of the general public.

Quite often, people tell me to pick my battles. So in the interest of actually listening to my friends for a change, that’s what I’m going to try to do today. Pick a battle. In this case, something that I really need to get out the way if I’m going to keep at this whole “discussing trans issues in the skeptic community” thing, something that I’ve come to regard as by far the most common misconception about transsexuality within skepticism: the belief that transsexuals are and always shall be “objectively”, “scientifically”, “biologically” members of their assigned sex. END_OF_DOCUMENT_TOKEN_TO_BE_REPLACED

I’m on vacation this week! This post originally appeared in two parts at Skepchick and Queereka. Enjoy!

Disclaimer: I’ve chosen to focus this article on trans women only for the sake of brevity and clarity. It is not my intent to contribute to the ongoing cultural erasure of trans men, and I believe their voices, experiences and identities deserve to be heard and understood.  Cis readers please note that much of this can be applied to transsexuality in general.

Debunking myths is one of those things that us skeptics are supposed to do, right?

In some of the most appalling, disgusting news I’ve ever heard, the German courts have ruled in favour of the father, forcing her into the custody of psychiatrists who will, theoretically, attempt to “cure” her transgenderism. END_OF_DOCUMENT_TOKEN_TO_BE_REPLACED

I’m on vacation this week! This post originally appeared at Skepchick. It was the very first bloggy thing I ever blogged! It’s kind of neat to look back and see how far I’ve come. 🙂

An important, interesting, and increasingly common question in the contemporary skeptical community is to what extent should social concerns like sexism, misogyny, racism, homophobia, etc. be incorporated into the overall agenda of skepticism. Are these things really the domain of skeptics? Are these kinds of issues something that skepticism should be addressing, or even can address, or are our energies better invested into “traditional” issues like theism, Bigfoot, psychics, natural medicine, homeopathy, creationism, and all that nutty goodness?  The connections between these different sorts of issues and why skepticism can be valuable to addressing them aren’t too hard to make. After all, the same pining for a golden age that never was and belief in the inherent value of tradition for tradition’s sake that often justifies belief in the value of “traditional medicine” can also lead to steadfastly defending the sanctity of marriage, or nostalgia for the good ol’ days when men were men, women were women, and strict gender roles were brutally enforced. But there’s still a widespread hesitancy in our community to take such issues on directly.

Perhaps the desire to shy away from these more complicated and perhaps more subtle assumptions, misunderstandings and biases about gender, race, sexuality and so on is because they’re harder to unpack, harder to prove false with tests and scientific fact. But I’d imagine a large part of it is also that these assumptions are more intrinsically tied into our culture. They’re closer to us, more inherent, harder to identify because we’ve lived with them for so long, and perhaps most importantly, they’re harder to challenge because so much more of our society (and our own identities!) hinges on them. The woo is harder to see when it’s right in front of your nose, and gets harder to pull away the more is leaning on it. The social costs of accepting uncomfortable truths about race and gender are a bit higher than the social costs of accepting there’s no Loch Ness Monster. Some assumptions become so ingrained in a culture that even our science and medicine can get caught up in attempting to maintain them… so close that even people who are genuinely committed to the value of objective truth can miss their influence. That’s why not only is skepticism valuable to addressing these issues, but addressing them is valuable to skepticism. It’s hard to be an unbiased thinker when you’re immersed in a biased culture.

And that, after my long and rambly introductory paragraphs, brings us to my actual topic: the history of bias and assumptions about gender in the medical treatment of transgenderism. END_OF_DOCUMENT_TOKEN_TO_BE_REPLACED

Next month, in April, an extremely pivotal bill is going to be up for debate in the Canadian parliament. It’s Bill C-279, which will add gender identity and gender expression to the list of statuses protected under the Canadian Human Rights Code, and amend the pertinent sections of the Criminal Code in regards to anti-transgender violence, assault, and harassment.

Currently, transgender Canadians have no such protections, and may be discriminated against on the basis of their gender by employers, businesses, shelters, institutions (public or private) and individuals without any legal consequence. Effectively, I can be turned down for a job, barred from entering a restaurant, denied admittance to a shelter or hostel, or forced to comply with male dress-codes at public institutions without my having any recourse. If I am harassed, assaulted or murdered on the basis of my being trans, this does nto qualify as a hate crime. I am in the position of having to depend simply on the mercies of a legally empowered majority to choose not to exercise their right to openly discriminate against me.

This is not okay. END_OF_DOCUMENT_TOKEN_TO_BE_REPLACED

The difference between “die cis scum” and “die trans scum” is one side has managed to make it happen.

I’ve noticed lately that Asher’s “Die Cis Scum” post, although it was originally posted way back on Transgender Day Of Remembrance in November, has over the past couple weeks suddenly developed an intense amount of heat. It is is being widely and intensely discussed, with a great deal of thought being put into it, from a variety of positions, perspectives and voices.

This is lovely. This is perfect. People are talking, and thinking, about trans violence, the fear, helplessness and anger it generates, the form that trans-advocacy should take, how we ought empower ourselves, what it means (potentially negatively) to reclaim violence as a means of asserting our autonomy and empowerment, how context modifies what violence or threats thereof mean, and all kinds of other super-duper brainy and important things.

It’s beautiful. This could not, or at least would not, have happened a couple years ago. But as Patience Newbury said to me the other night, we’ve recently “woken up”. Over the past year or so, the trans community has stirred to life. We are awake. We are angry. We are now making our voices known. We’re organizing and acting and demanding our rights. It’s an amazing, exciting and at times a bit scary time to be a trans person. And it’s a wonderful thing to be a part of this.

Seeing this conversation developing around “Die Cis Scum”, I’ve suddenly felt like I didn’t give the issue its due consideration when it first popped up on my blog. I had only referenced Die Cis Scum tangentially, by linking Lisa Millibanks list of things trans people are expected to do in return for cis people not hating us, and a conversation simmered in the comment threads, but I didn’t tackle it head on.

Perhaps I was a bit scared to. While I was prepared to adamantly defend Asher’s right to have made the post, and feel it was an extremely important post to make, I wasn’t sure I felt comfortable putting myself on the line by making a definitive statement of my own. And perhaps also I hadn’t had time to really collect my thoughts.

But I’d feel like a bit of a wimp if I let this entire discourse pass me by without at least throwing in at least a little something. Some small contribution. END_OF_DOCUMENT_TOKEN_TO_BE_REPLACED

Continuing along with my little totally-accidental “covering the basics” theme for this week, it seems appropriate to cover one of the most basic and recurring trans issues of them all (and one of the most overarching), being the ubiquitous use of transgenderism as an insult or pejorative.

END_OF_DOCUMENT_TOKEN_TO_BE_REPLACED

So she wrote a response. More or less same kind of argument Be Scofield made.

But Amy Dentata doesn’t play fair. In the exchange that followed in the comment thread, she deleted two of my responses to her criticisms.

I’m not keen on people playing the “thou must not speak ill of religion” game, and especially not keen when they decide to simply DIRECTLY silence discussion.

Unfortunately for Amy, I’m not an idiot. I saved my comments. And I have a blog of my own. This was the exchange that would have been: END_OF_DOCUMENT_TOKEN_TO_BE_REPLACED