I mentioned in my links yesterday a somewhat disposable exchange that occurred on the Ms. Magazine blog regarding the “conundrum” of how trans-feminism is to fit into the future of feminism. While in and of itself, this exchange isn’t particularly interesting, and is rather just yet another iteration of the increasingly tired (in a “oh come on are we really still asking this? This should not be any kind of deal” kind of way) validation of feminism’s cis-supremacist fringe, I find that there’s one little beautiful and highly radical question hiding in there beneath the vapidity. One that is likely just an accident on the original author’s part but that nonetheless coalesces several threads of thought that have been tangled up in my brain these past couple months. Coalesces into something rather important to ask:

As I mentioned a couple days ago, Taslima Nasreen has now joined Freethought Blogs, and I (and the rest of us) are well and truly honoured and excited to have her. I really do have an immense amount of respect for her.

But yesterday she wrote a post that I find I absolutely can’t leave unexamined. As much as Taslima may be a hero of mine, I can’t allow that to excuse what I consider to be deeply problematic (and potentially destructive) statements. One of the great beauties and strengths of atheism and skepticism is that we have no popes or saints. Our heroes are at all time available to be questioned, and their assertions always available to be critiqued. And sometimes those assertions demand such critiques. This is one of them. END_OF_DOCUMENT_TOKEN_TO_BE_REPLACED

Update/note: I did not coin the term “Cotton Ceiling” myself, nor do I at present support this particular term or the admittedly creepy, rape-culture connotations it possesses. I was primarily using this term for the sake of referencing a very particular conversation that was occurring in the trans-feminist community at a very particular point in time. Frankly, I’d prefer if we all moved on from that term, its connotations, its limitations, and its unduly narrow focus on one particular space and context in which trans women’s sexual agency is denied or subverted. Such issues are much broader than what occurs in queer women’s spaces, and we can talk about it in ways that don’t demand self-defeating terminologies like “Cotton Ceiling”.

Yeah… um… I’m a little late to the party on this one.

Over the last couple weeks, while I was preoccupied with, um, things, there was this big swirling chaotic word-blizzard in the transosphere regarding “The Cotton Ceiling”. I did my best to provide some links here and there as it unfolded, but just wasn’t quite able to properly dive into the fray. But at least I can try to make up for it by offering a few thoughts now, for whatever their worth.

(almost, but not quite, exactly nothing, in case you were wondering) END_OF_DOCUMENT_TOKEN_TO_BE_REPLACED

So “we” did it, everyone! “We” successfully petitioned and fought and made a fuss and now “we’ve” won! Donald Trump himself has announced that Jenna Talackova will be permitted to participate in the Miss Universe Canada competition!

By banding together as a community, and making our voice heard, we have successfully ensured that this totally passing-privileged, beautiful-by-cisnormative-standards, successful beauty queen will be able to subject herself to objectification in an ultra-patriarchal competition built entirely around the premise that a woman’s worth and validity is dependent on how well men are able to sexualize her and project their desires onto her!

There’s been a lovely and adorable video circulating on the tubes-osphere the last few days that I’m sure has helped bolster a comforting sense of optimism about the next generation’s understanding of gender. A little girl named Riley gets irate about the toy store’s division into a pink section and an “every other colour” section, and the way that marketers “trick” girls and boys into liking particular kinds of products:

In some of the most appalling, disgusting news I’ve ever heard, the German courts have ruled in favour of the father, forcing her into the custody of psychiatrists who will, theoretically, attempt to “cure” her transgenderism. END_OF_DOCUMENT_TOKEN_TO_BE_REPLACED

Disclaimer: This was written very late at night, while very tired. Very sincere apologies if it’s a bit sub-par, or a bit weird.

Sorry, everyone. I know FTB isn’t livejournal, and there’s no “current music – Bright Eyes” or  “current mood- WHEN WILL SPRING AT LAST COME TO THE WINTER OF MY SOUL AND LET ITS SUNLIGHT DRY MY BITTER TEARS” buttons at the bottom of the WordPress Visual Editor (though maybe I could ask Jason to have them installed? I’m sure he’s considered doing it for his own blog). But still, it’s true. I have squishy emotion things. And lately they’ve been rather squishily unsatisfied with my dinners-for-one at the computer, watching the crumbs of my Oreo Cakesters flutter down to the keyboard’s crevices in the romantic light of the antiquated monitor.

And last night, while being lonely, I ended up ruefully thinking about all the various lovely, awesome, brilliant, wonderful lesbian or bi trans women I know in internet-land who have professed crushes on me over the last couple months. It can get a bit frustrating hearing internet people say they think you’re cute when you were just a moment ago reminiscing on the fact that you haven’t been on a date in over three months.

So I began joking that if that’s how it’s going to be, I might as well just throw in the towel on this whole pitifully doomed “heterosexuality” thing and begin accepting applications for a lovely, awesome, brilliant, wonderful trans lesbian girlfriend. Send cover letter with attached resume and cookies (I have a fondness for macadamia snickerdoodles) to sincerelynataliereed at gmail dot com. Please include three references. END_OF_DOCUMENT_TOKEN_TO_BE_REPLACED

I was having a little chit-chat last weekend on teh twitterz (the same conversation wherein I was introduced to the epic awesomeness that is Fuck Yeah Disingenuous Liberal) in which somehow or another I ended up being reminded of the fact that throughout my life, some of the most macho, sexist, patronizing, gender-binarist, insecure men I ever knew were poets, artists and hipsters. END_OF_DOCUMENT_TOKEN_TO_BE_REPLACED

I love when people say feminism is a monolithic dogma with a specific party-line that must be towed. It’s hilarious. Obviously they’ve never been around more than one feminist at a time when the subject of sex work or pornography comes up.

I don’t want to prop up the myth of the “hyper-sensitive” feminist and her hair-trigger temper, but it does get a bit frustrating how easily people’s positions on the matter get straw-manned, misinterpreted or used as a basis on which to make a litany of assumptions about what they think on a hundred disparate issues pertaining to sexuality and such. It’s often hard to find a chance to actually outline your position before someone has gone ahead and projected one onto you.

The reason for that, I find, is that the question of pornography and sex work involves a number of extremely important questions held in tension and conflict. It’s a loaded issue not only in terms of a particular set of implications for women’s rights, gender, sexual rights, etc. but several, spanning different considerations that may or may not be prioritized the same way by one feminist or another.

And there’s probably a whole textbook worth of other issues I just totally overlooked.

Working through those concepts to end up arriving at some kind of definitive, comprehensive position on sex work and pornography is virtually impossible. There’s just WAY too many variables and implications to take into consideration to make any kind of grand sweeping general statement. But yet, the intense degree of cultural baggage attached to the issue ends up sort of insisting on that. I keep finding myself backed into corners where I need to proclaim myself definitively pro-legalization of sex work, or against the sex trade, or in sex-positive and in favour of pornography, or totally against the sexualization of women in media. Every time I have to make such a proclamation in order to spare myself the hassle of people projecting some OTHER definitive generalized position onto me (one they disagree with), I’m, at best, telling a half-truth. I wonder how many feminists are doing the same.

Do ANY of us actually have a definitive, all-encompassing position on any of this?

When you work through the individual considerations, what you arrive at is an ever-expanding set of complications and interlocking ambiguities. In so far as I have a position, it’s based on questions, not answers. END_OF_DOCUMENT_TOKEN_TO_BE_REPLACED

When this whole “war on women/contraception” thing started, my initial reaction was just one of a little bit of anger and frustration and disappointment, but not really outrage or “ARGHY MUST BLOG AND KILL AND STOP THIS ARGHLKJ;k’l;!!!11!!”. The things people were saying like “the best birth control is an aspirin between the knees” and “college girls are going broke buying birth control for all the sex they’re having!” were unimaginably stupid, but it’s not like it was anything particularly new for the religious right and GOP to be sexist, sex-negative, scientifically and medically illiterate, irrational idiots.

Besides, not my problem, right? I’m not cis, I’m not fertile, I’m not interested in partners of the sex with whom I could even hypothetically conceive, and I don’t live in the United States. Also, historically, these kinds of pushbacks against women’s reproductive rights haven’t ended up managing to make it very far. It’s also at least a slightly fair fight… although hetero cis women do not have nearly the amount of wealth and political power in the USA that their hetero cis men do, they aren’t a minority, and they should have enough of a presence in the voting public to put up a decent fight and keep this horrible legislation from moving too far forward.

I figured this was just an electoral strategy designed to distract from other issues, a new appeal to the USA’s “culture war” and division of ideology  that could keep the 99% from noticing the economic biases and corruption of the Republican party and keep them focused on “family values”- and an appeal now sorely needed due to how rapidly the demonization of homosexuality is ceasing to be a viable political strategy. I figured this was something that wasn’t really meant to have any substance, and would be over pretty quickly. A week or two, tops.

So my plan was just to keep on doing what I do, focusing and blogging on other issues, on things that most people don’t talk about, on things where the fight isn’t remotely fair… and then go to the Winchester, have a cold pint, and wait for this whole thing to blow over. 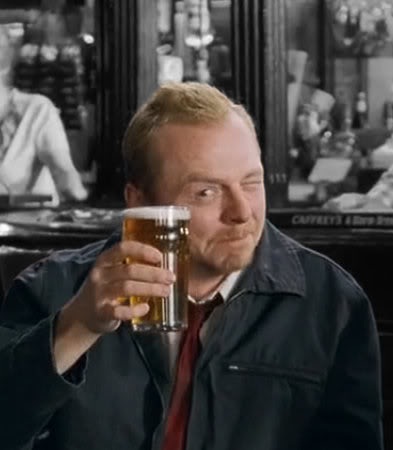 As a general rule, my plans are stupid. END_OF_DOCUMENT_TOKEN_TO_BE_REPLACED