Ohmygosh you guyse, I am just super excited. I was poking around in the dashboard of this site yesterday, and I noticed that I was getting a lot of hits from a Youtube video. Seeing as it is highly unusual for me to get referrals from Youtube, I clicked on through to see what was driving traffic to the site. Well wouldn’t you know, someone loves me and loves this blog enough to record a ten minute piece of fan mail! I’m so incredibly flattered. For someone to take ten whole minutes out of what I’m sure is a very busy schedule of hating the shit out of women to talk about little ol’ me? Gosh…

Well it’s the oddest piece of fan mail I’ve ever got. It doesn’t even seem like fan mail. It seems like he doesn’t like me! But that can’t be… I’m so loveable.

For those of you who didn’t/couldn’t watch all the way through, I will summarize IntegralMath’s* points:

I gotta tell you, if one paragraph from one post gets ten whole minutes of such buffoonish YouTube love from this guy, I can’t wait for him to dig into the blog’s archives so that he can dedicate his entire life to embarrassing himself on the internet like this for my amusement! Thanks IntegralMath! Let me know where I should send the signed 8″x10″ glossy photo! 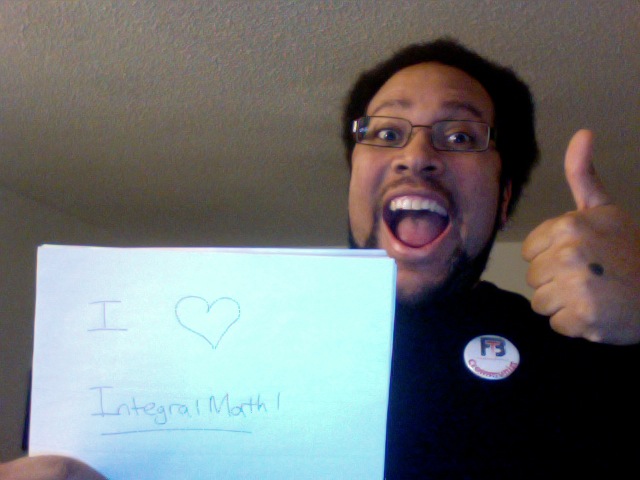 I’m sure that this won’t be Photoshopped.

*I am told that IntegralMath also goes by the name Justicar, and is not terribly popular among the people whose opinions I care about.

A response to Lee » « #IdleNoMore: Something is happening