I spent this last weekend in Ottawa, attending the Eschaton2012 conference put on by CFI Ottawa. Invited speakers included biologist and blogger PZ Myers, Butterflies and Wheels author Ophelia Benson, No Longer Quivering’s Vyckie Garrison, Mangaka and educator Sara Mayhew, executive director of the National Center for Science Education Eugenie Scott, and a whole host of other truly impressive speakers and luminaries. And also me, for some reason. Yes, I received my very first invitation to speak at a skeptical conference, which was certainly a nerve-wracking experience. What follows is a brief summary of the weekend and my thoughts about it.

I spent the better part of Friday seeing the sights of Ottawa and meeting up with a couple of friends who live there. Fellow Eschaton speaker/Vancouverite/FTBorg Natalie Reed and I attended Question Period at the House of Commons, I toured the Supreme Court of Canada, and dined in the Byward Market area of downtown. There was a reception in the evening, where I got a chance to catch up with folks like Christopher DiCarlo and a few folks who are regular commenters here, but who I’ve never met in person before. I must say (and this seems to be a consensus shared by many of the younger speakers), it’s always a little weird to be recognized – not necessarily the recognition part per se, but to be thought of as someone worth meeting as extraordinary or famous. A handful of folks were apparently particularly excited to meet me, which is a head-trip because hell, I’m just some guy with a blog. At any rate, the folks in Ottawa were gracious and kind and very complimentary, which made me feel very good.

On Saturday morning I watched Eugenie Scott and Larry Moran each give presentations on the ludicrousness of the “Intelligent Design” movement. Dr. Scott showcased how “academic freedom” is the new buzz-word being used by creationists to try and back their pseudoscience with the force of law rather than letting it stand on its (completely non-existent) scientific merits, while Dr. Moran laid out the sheer weight of evidence behind evolutionary theory. The thing that struck me most about his talk is the way that intelligent design looks even more vacuous than I thought when you consider the overwhelming consensus of the evidence on the biology side, compared with the absolute absence of it on the creationist side. 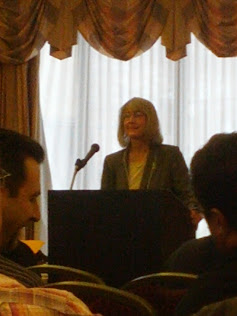 I broke out at the interval to attend a number of presentations on Islam, atheism, and science. The first, chaired by Skepchick and author Heina Dadabhoy (more on her in a subsequent post), focused on some misconceptions that skeptics have about Islam. Kevin Brown gave a lengthy overview of the use of imagery in Islamic art, which pivoted to politics, and wound its way (in an often baffling manner) around a number of things before getting cut off 10 minutes too long (more on that later, too). Dr. Anila Asghar presented what I thought was the standout presentation of the day, looking at acceptance of evolutionary theory in Islamic countries and finding that most Islamic scholarship on the subject comports with a theistic evolutionary view, not dissimilar to the (still incorrect, obviously) view accepted by the Roman Catholic Church.

In the afternoon I caught Ophelia Benson’s talk, looking at the similarities between the tragic case of Savita Halappanavar and the interference of Catholic bishops in women’s health in the United States. Her thesis statement – we need not only separation of church and state but of church and healthcare – crystalized a strong reaction on Twitter. My favourite presentation of the conference was definitely Vyckie Garrison’s. She has a courage and honesty and warmth and sense of humour that shone through her whole talk on the so-called “Quiverfull” movement, designed to turn women into constant incubators and caretakers of an ever-growing brood of children. She shared some of the attitudes and ideas that are common to the movement, and I’ve gotta tell you: they’re insane. Her talk really served to underline a point I’ve tried to make here on the blog (albeit in a different context) – we are all susceptible to bad ideas; religion is not for ‘stupid’ people. Eric MacDonald followed with a heartstring-tugging recap of his relationship with his late wife, and how that experience led him both away from his faith (as a former Anglican Minister) and toward his advocacy for choice in physician-assisted dying. 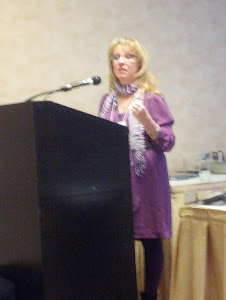 Saturday evening was a gala at the Museum of Nature, with a keynote presentation by PZ Myers on the role that chance plays in evolution. I definitely felt my own cheeks reddening in shame when he mentioned how the common understanding of evolution doesn’t go beyond mutation + natural selection when there are  a wide variety of other mechanisms at play. I spent most of the rest of the evening hanging out with Hank Fox, Heina Dadabhoy, Ania Bula (and her partner Alex, who wrote the hilarious series of summaries of the end-of-the-world stories that are on the Eschaton2012 website), and a few other conference attendees. We ankled around 11 and held a late-night drinking session up in Heina’s room (with only one noise complaint, so there’s room for improvement I guess).

Sunday morning was the session on building godless communities, with Hank Fox, ethicist Udo Schuklenk, Christopher DiCarlo, and me. Hank spoke eloquently about the need for freethinking folks to begin organizing to create cultural institutions to create the kind of future we want to see, based on reason and evidence. Udo summarized the relevant ethics surrounding three typical myths applied to atheists, while Dr. DiCarlo talked about a project he’s been working on for a while: the Onion Skin Theory of Knowledge. I will provide a summary of my own talk in another post. The speakers, with the addition of Ophelia, were then convened as a panel to discuss the building of godless communities. Somewhat to my consternation and surprise, most of the questions were directed at me, but I tried to keep my answers as generalizable as possible. 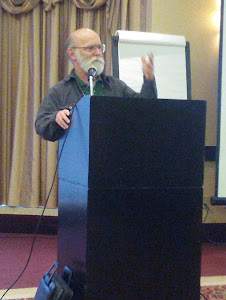 After lunch, Natalie Reed talked about the emergence of what she termed ‘micogenders’ that emerge within monosexual populations, suggesting that the performance of gender goes well beyond any sexual dimorphism we might see at the aggregate physical level. Ania Bula followed Natalie with a passionate articulation of the idea that while the existence of gender stereotypes do affect men negatively, that this is precisely what we would expect from a feminist perspective, and that “Men’s Rights Activists” are putting the blame in the wrong place. A panel on gender issues (including Vyckie and a very quiet PZ) followed.

Overall, I found it very informative and highly enjoyable. There’s a bit more to say, but I’ll save those thoughts for a post to follow this one. CFI Ottawa should be very proud and pleased with themselves for putting together such a diverse, dynamic, and entertaining slate of speakers. I would be pleased to attend any other event they might plan, should circumstances permit. 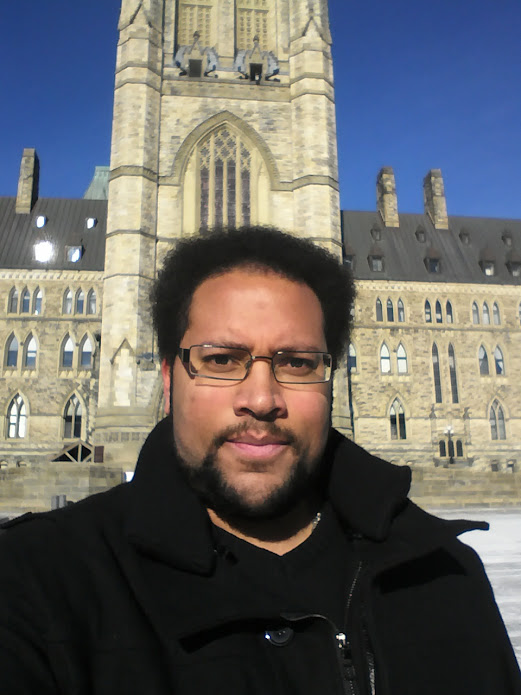