While my earlier summary was a bit more formal, I thought I’d give some more personal thoughts on the way I thought the conference went. First off, the TL/DR version of this post is “I enjoyed the shit out of the conference”, so there’s that for people who don’t want to read that much. 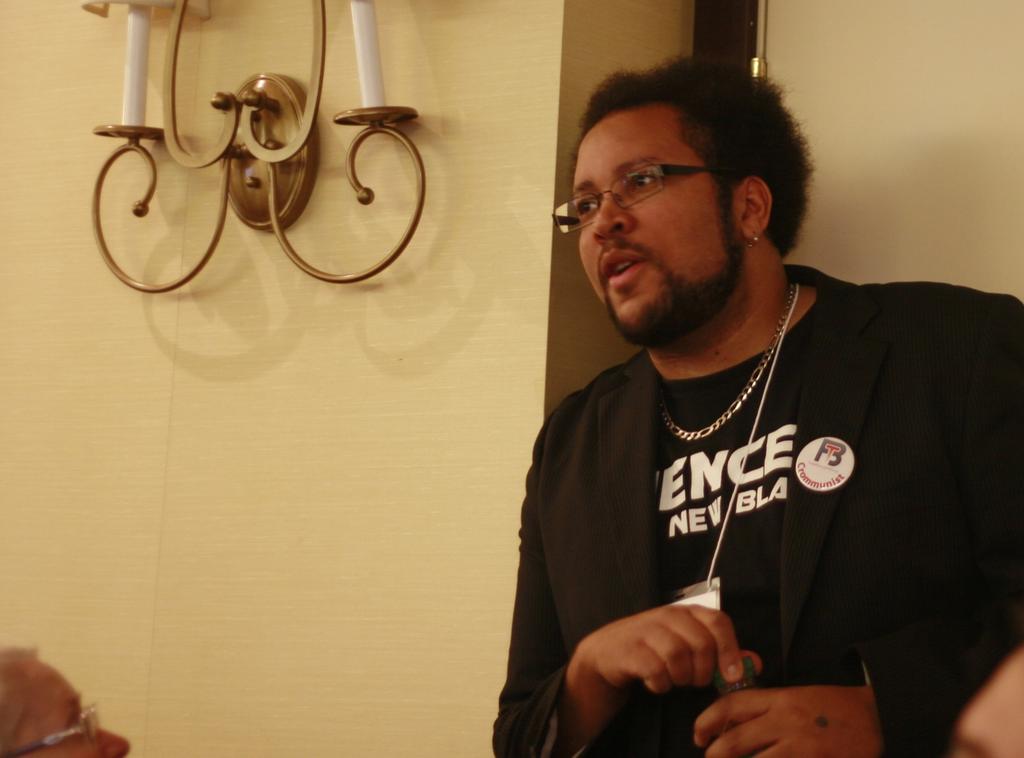 A few of my favourite things

Vyckie Garrison was not raised in a particularly religious household, but in a search for answers and meaning in her life, ended up in the Quiverfull Evangelical Christian movement. The idea, put simply, is for women to remain submissive at all times to their husbands, and for the husbands in turn to pump their wives full of babies at all times. The benchmark goal is 12 kids per generation. As one might expect, living this lifestyle (along with shouldering the additional responsibilities of childcare and home-schooling education of 7 children) took a serious toll on Vyckie’s health. It wasn’t until she saw the toll it was taking on her children, however, that Vyckie decided to leave the movement.

She spoke passionately, eloquently, and with a warm and empathetic sense of humour that was a real highlight of the day. During the Q&A, I asked how the hell you afford to raise 7 (to say nothing of 12) kids. Her quick response: “you don’t”.

I hadn’t met Heina before this conference, but obviously I had read some of her stuff on Skepchick and had been following her Twitter feed for a few weeks in the leadup to the conference. What I could not have expected was how well she and I would get along. We share the same irreverent and raunchy sense of humour, and the kind of wry wink/nudge insight that comes from being the only two PoC speakers at the con. She and I dominated the #esch12 Twitter livestream – a fact somewhat complicated by the fact that, for the most part, we were at all the same panels/events.

I’ve long been suspicious that the atheist movement needs to start challenging its own propaganda and misconceptions about the foreign-ness of Islam. Dr. Asghar (who I think, but don’t quote me on this, said she is still a believer) has launched an ambitious programme of research into how science is taught and accepted in Islamic countries. The take-home message of her presentation was that there are quite a few similarities between how evolution is taught in places like Iran and places like the United States. That alone should be pretty terrifying, but changes the conversation about Islam vs. “the West” (a shorthand that I have come to loathe whenever it is uttered by anyone).

Ania, in addition to speaking, was also instrumental in putting the conference together. From picking up speakers at the airport to running the social media to chairing sessions, there wasn’t anywhere Ania wasn’t for the entire weekend. Ania, like me, is a person who can’t seem to pick just one thing to excel at, and is launching a professional career that will span medicine, psychology, law, language… it’s a long list. She also writes good. I think that once she polishes up her speaking style a bit (it was a bit scattered at times and suffered from pacing issues), she’ll be a great pickup for any con looking to add a new perspective to their roster of speakers.

There were a lot of great moments to pick from, but the one that really stands out to me was after the museum gala on Saturday night. Heina and I had a bunch of booze in our hotel rooms that had gone more or less untouched, and only one remaining night to drink it. So we put out the call over Twitter to see who wanted to join us. Evidently Ottawa folks don’t stay up that late, so she and I partied duo-style until there was a knock at the door and PZ Myers joined us. Ania and Alex arrived a bit later and we drank away the wee hours of the night, with many jokes not suitable for the ears of children thrown about with wild abandon.

Thoughts about my presentation

All in all, I think my talk went pretty smoothly, with the exception of some technical issues with the embedded video. The audience (which grew quite a bit between the beginning of my talk and the end of it, for reasons I can only speculate about) was receptive and attentive, and laughed in all the places I hoped they would, and even in a few places I didn’t. I’m almost never nervous when speaking in front of crowds, but there are very few times that I’ve been asked to address a crowd about the subject matter of this blog, so it was still a novel experience for me.

The thesis statement of my talk: that skepticism can and should be applied to the topic of race, seemed to strike the crowd as pretty non-controversial, which was nice. The lion’s share of the questions in the subsequent panel went to me, suggesting to me that the topic of race is one that is underexplored but sorely wanted within the skeptical/freethinking movement. There was an exchange with Larry Moran after my talk was over that I anticipate will turn into a brief back-and-forth between our two blogs as we sort out the biological underpinning of race and what those mean in the real world. Other than that, I got a lot of extremely positive feedback, and think I’ve found a presentation that I could give in other places as well if need be.

If you’re organizing a conference, you should have someone whose job it is to livetweet the damn thing. This also requires the use of a centralized hashtag. I offered up #esch12, but some were using #eschaton2012 – shorter is better on Twitter.

As far as I could tell, nobody talked to any of the speakers beforehand to remind them of their duty to stay on time. As a result, lots of people went way over-time. It was annoying, and I think pretty disrespectful to both the other speakers and the audience. I had a lot of stuff I would have loved to add to my presentation, but I cut it way down to ensure I’d stay under-time. Still, there seemed to be no plan by the conference organizers of how they would enforce time restrictions, and there should have been one. I know it’s hard, but it’s your job (a job, I remind myself, that I failed to do adequately in Kelowna a few months ago).

I was told by the organizers that there would be an adapter for Mac machines to plug into the projector. However, by the time my speaking slot came around, they were missing. If Udo Shuklenk hadn’t let me use his, I would have been hooped. Not only that, but nobody at the conference told me this. I didn’t find out there was a tech issue until immediately before my slot, meaning that there would have been no time for me to make other arrangements (like transferring my presentation to someone else’s machine – and no the “that’s why I use a PC” jokes from the conference volunteers weren’t funny, nor were they appropriate). There was nobody running the soundboard, and nobody responsible for the equipment. It was bizarre. It also explains why the adaptors went missing.

But yes, all things considered the conference was well-run and a great pleasure for me. They did an excellent job of providing a great deal of gender and topic diversity, which was seemingly reflected in the attendance and is to their credit. Other skeptical organizations in Canada should look to CFI Ottawa for an example of how to plan this kind of event, which I hope to see happen in more places across the country.