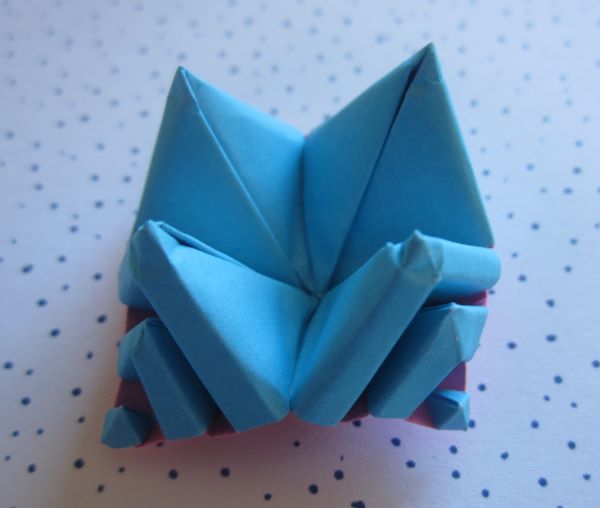 Back when I was going to origami meetups, somebody showed me a design which they called the Cootie Catcher Deluxe.  It’s a variation on the cootie catcher, aka the fortune teller.  There’s some additional ornamentation where your fingers would go–which makes it non-functional as a fortune teller–but I’m not complaining.  Anyway, they couldn’t remember how they made it, and I couldn’t find any mention of it on the internet.  So here we have a legit reverse-engineering problem.  Those are fun.

After a few tries, I eventually figured out how to make it, and drew up some diagrams.  Here’s another version where I created only a quarter of the Cootie Catcher Deluxe–and in fact I prefer this version.  These are neat to make at parties. 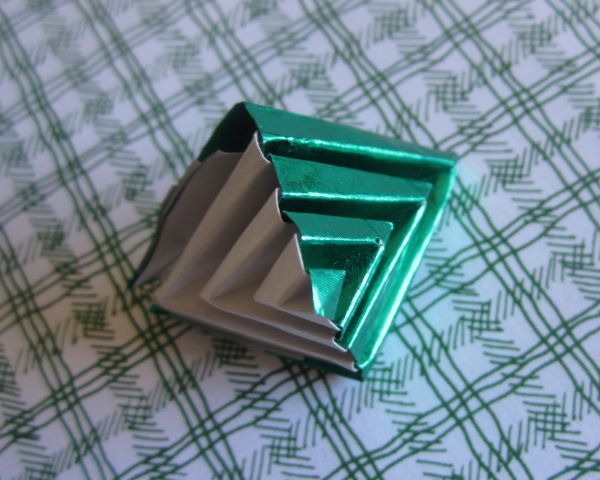 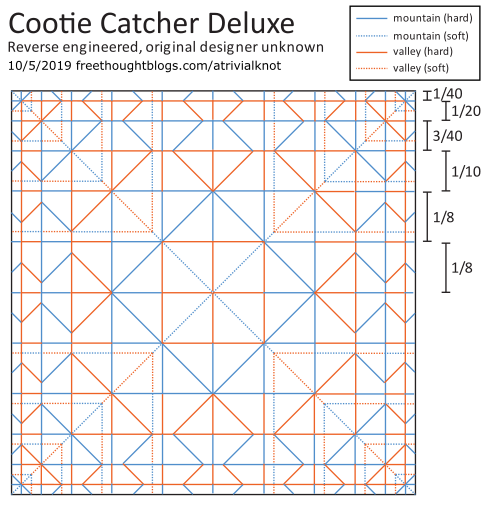