2020 is California’s worst fire season on historical record. Here in Berkeley, California, we were fortunate enough to never have evacuation warnings. What we got instead were unhealthy levels of pollution for a straight month. This happened all across the west coast.

There was one day–September 9th to be exact–when the sky turned a bright orange that people were comparing to Blade Runner 2049. Everyone and their mother took pictures of the sky that day–us included–and I imagine that these will be plastered everywhere as symbols of climate change for years to come.

The inside story is that September 9th was actually a brief reprieve, the pollution equivalent of the eye of the storm. I don’t understand the meteorology of it, but newspapers said that the sky was orange because the pollution was up there rather than down on the ground level. The worst was actually the next day, when the AQI reached the 300s. 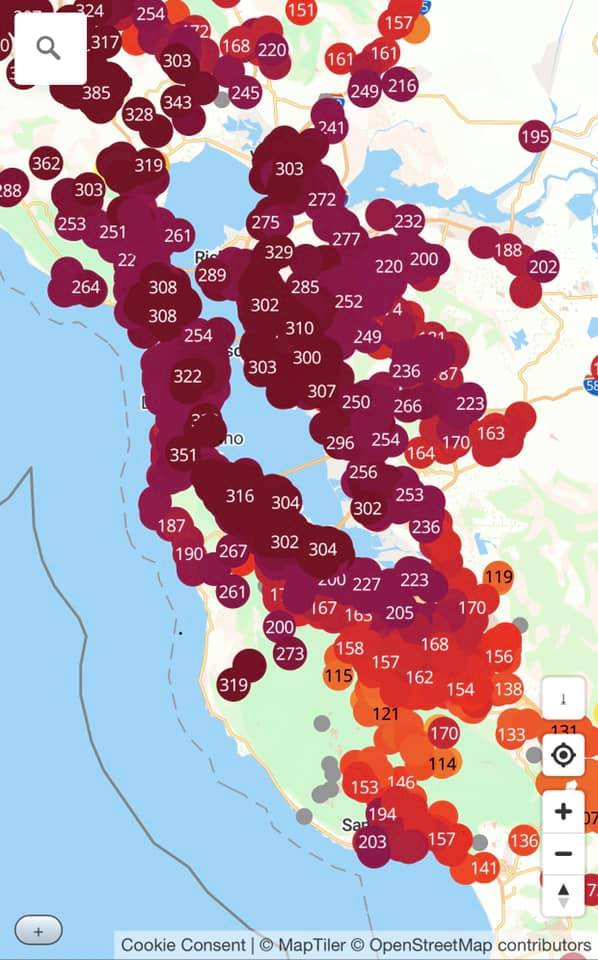 A screenshot of the AQI on September 10th

Anyway, here’s our photo from the day before, although it’s not very good. 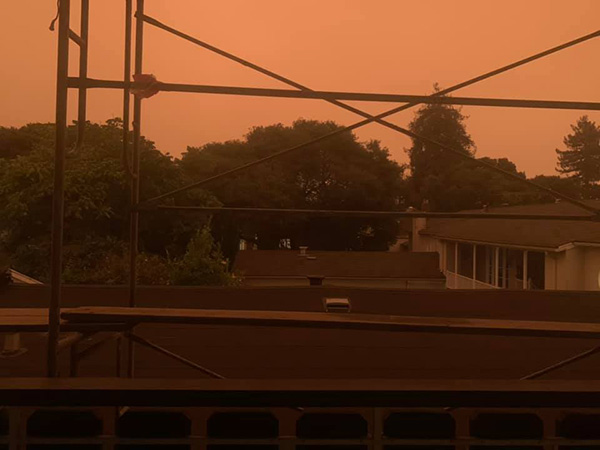 Our photo of the orange sky

Let me explain why the photo is ugly. For one thing, the lighting was too dim, despite it being two hours after sunrise. Also, I did not want to go outside, the improved air quality notwithstanding, so it’s just a photo through the window to our balcony. Finally, there’s scaffolding in the way, because our apartment building had hired painters that week. Yes, those painters were working straight through the pollution, and yes I felt awful for them.

Sorry to say that pollution is usually not pretty, it’s just bad. Usually all it looks like is a subtle white fog. The more obvious thing is the smell. The way it tastes if I breathe it for a long time. The way it aggravates my cough. And probably the worst symptom I get is the eye irritation–crippling if untreated.

It’s possible I’m more aware of this than most people, because of my asthma. I asked my brother how the air quality was down in Southern California, and he didn’t even know! He just said, “oh, maybe that’s why I’ve been coughing lately”. Incredible.

Even if you don’t pay attention to it, wildfire pollution matters a great deal. In my brief research, I found that pollution from wildfires is estimated to cause 339k deaths per year, as compared to the 2.4k caused by wildfires directly.

Although this was the worst year in California history, it was not totally new, and we were not unprepared. The second worst year in history was just two years ago, in 2018, when air quality was unhealthy for about two weeks. During that period, I learned a few things:

In the last week, air quality has greatly improved, at least at our location. Maybe that’s the end of it for this year? But I fear it will only get worse.