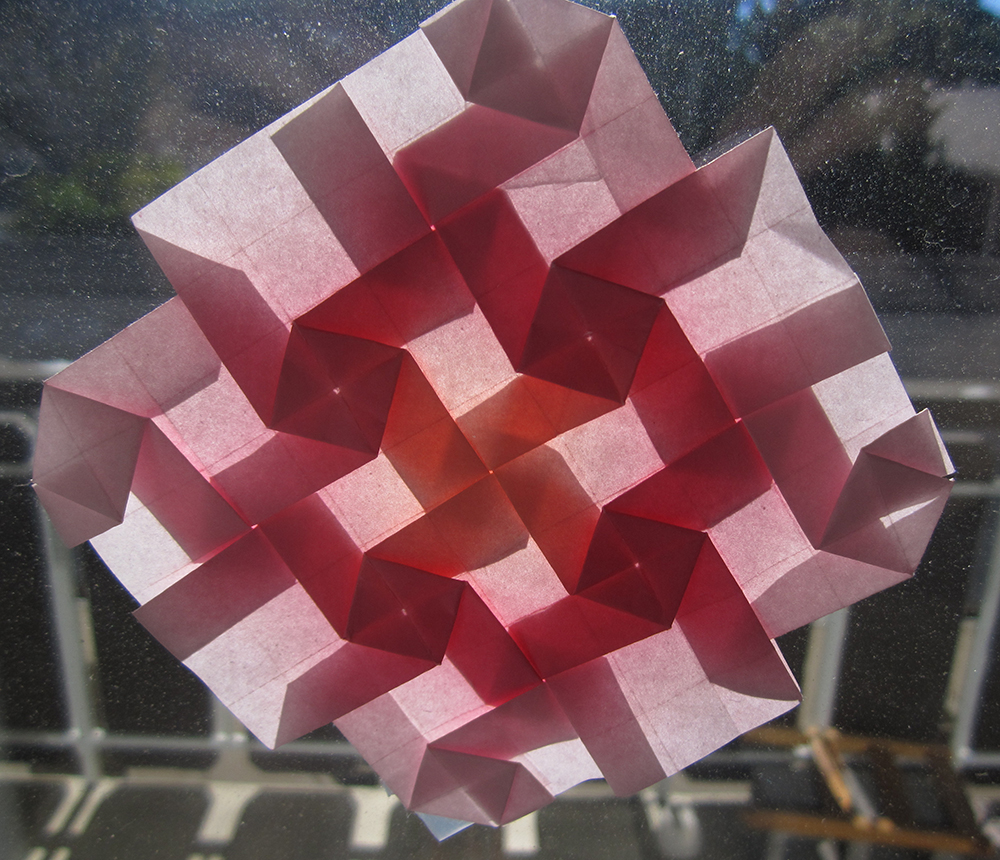 Reverse Square Tessellation, a model by yours truly.

Most of the origami I do is modular origami, but I dabble in other branches of origami too.  This here is an origami tessellation, a folded pattern that could hypothetically repeat infinitely in the plane.  I’ve made a few tessellations by origamist Eric Gjerde, but this here is an original.  Further photos below the cut.

As far as tessellations go, my model is fairly basic.  The dark bars in the photo above are pleats.  When four pleats intersect, they make a square fold called a “flat twist”. The square is actually rotated 90 degrees relative to the rest of the paper.  Some of the squares are on the front, and some are the back: 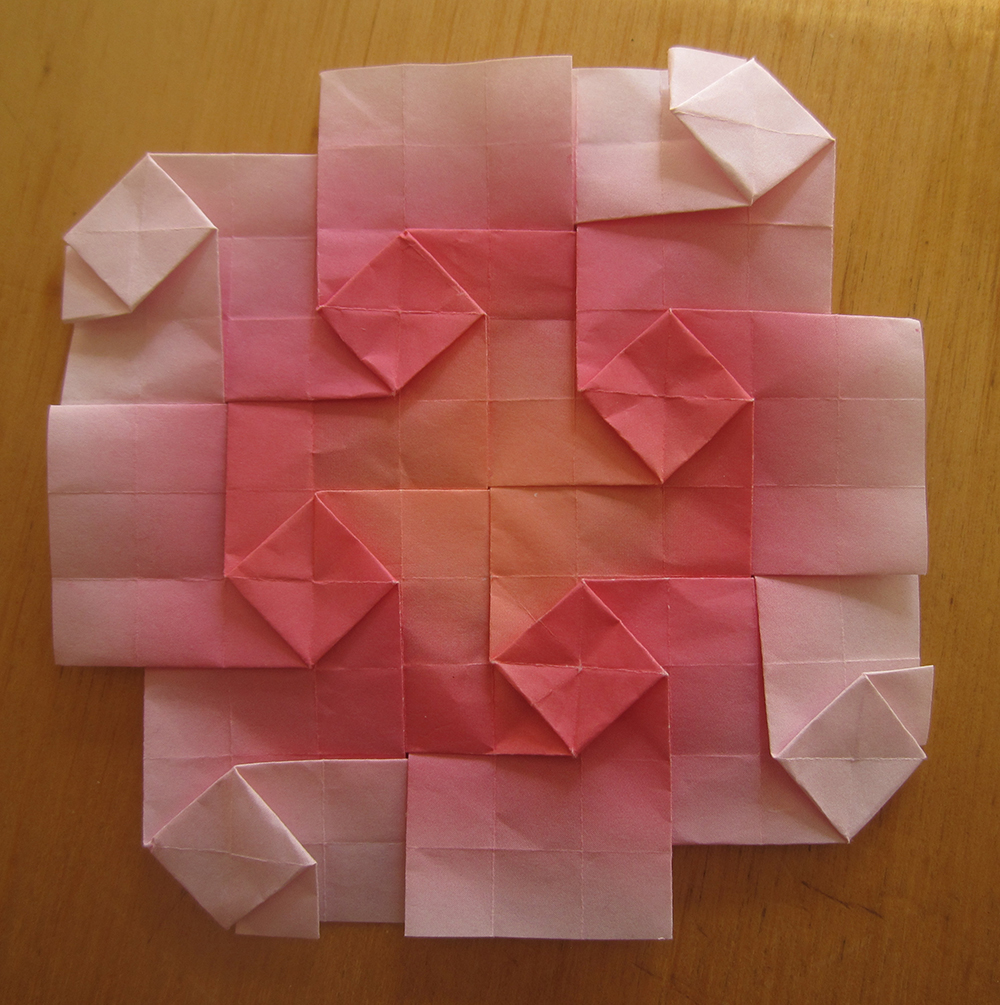 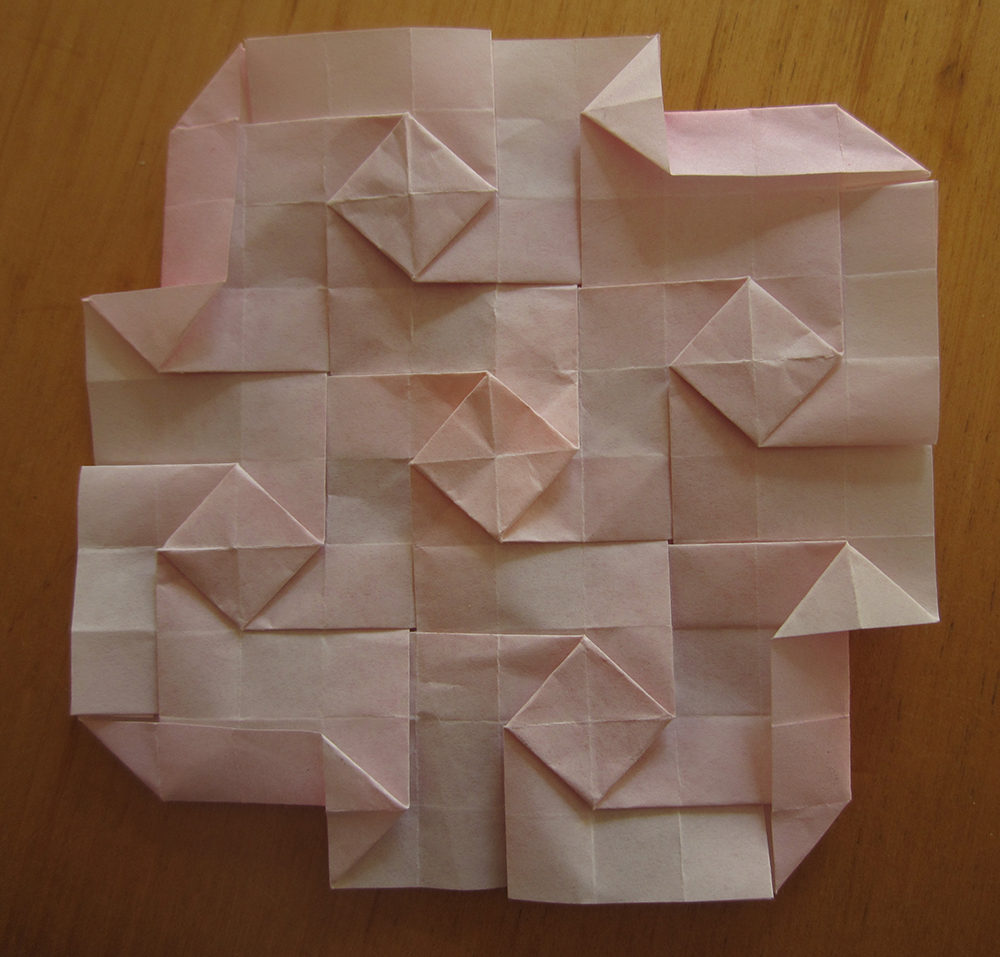 Now for a comment on the mathematics.  I recently read a paper called, “Every Spider Web has a Simple Flat Twist Tessellation“, which proves exactly the statement in the title.  It turns out that taut spider webs have certain structural constraints which are mathematically equivalent to the constraints in a simple flat twist tessellation.  I was pretty impressed.

I became less impressed when I looked at all the tessellations I have lying around, and I realized that none of them qualify as “simple flat twist tessellations”.  None of them, except this reverse square tessellation.  So apparently there’s a mathematical sense in which my model really is more basic than any of the others.