The cartoonist zeroes in on the subtext. 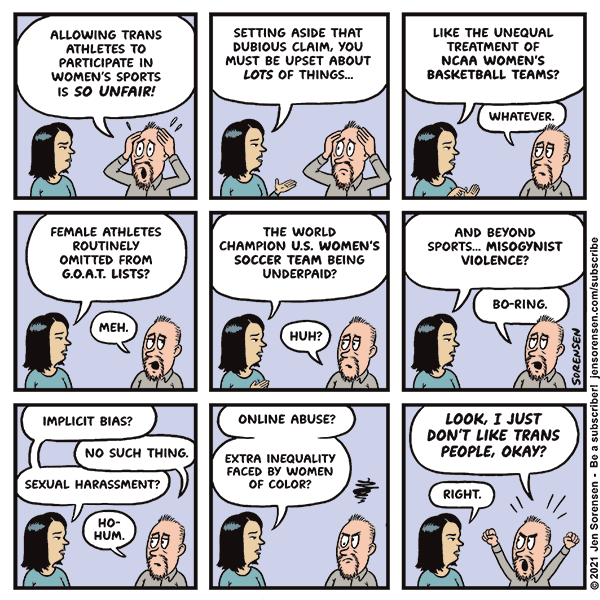