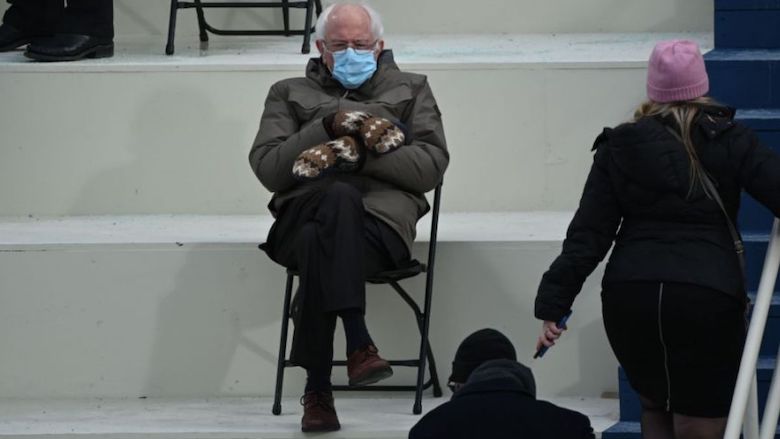 The above photo of Bernie Sanders at the inauguration became a widely shared meme. Seth Meyers discussed it with Sanders as well as the inauguration and what he hopes to achieve with the senate budget committee that he now chairs.

Conan O’Brien discusses the fashions on display at the inauguration and speaks with the person who helped Sanders choose his striking outfit.

Ghastly inequality in the Gulf states » « Ending the Churchill idolatry