Last Sunday, I went for breakfast with some friends to a local eatery. In front of the restaurant are three parking spaces in a row that are parallel to the curb. One car was already parked but straddling two spaces. When I parked in the third spot, that meant that no more cars could park. This was the second time such a thing had happened at that same restaurant. This kind of thing really annoys me and I vented about it to my breakfast companions.

A person who parks that badly is either (a) an incompetent driver who does not know how to park and needs to go back to driving school; or (b) utterly oblivious and unconcerned about their surroundings and what they are doing; or (c) (most likely) deliberately parking that way so that no other car will park near their precious vehicle.

It turns out that this kind of lousy parking arouses ire in a lot of people, not just me. Here is a compilation of notes left on the windshields of people who have violated parking etiquette, with varying levels of aggressive language. 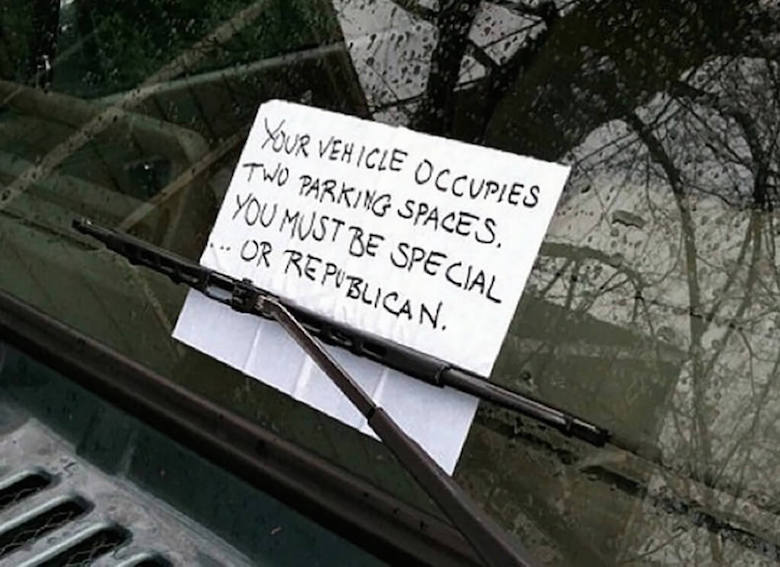 What is interesting is that such acts are so common that some people seem to have preprinted messages to leave on offenders’ windshields, 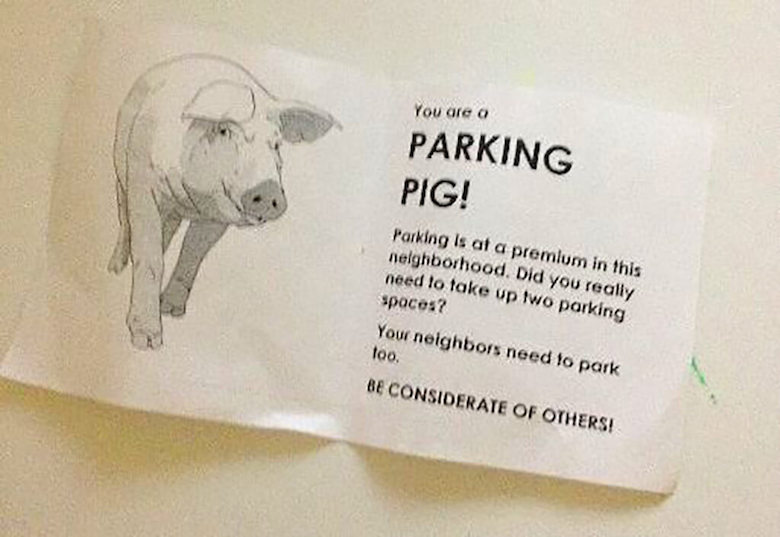 This person took the trouble to chalk a message. 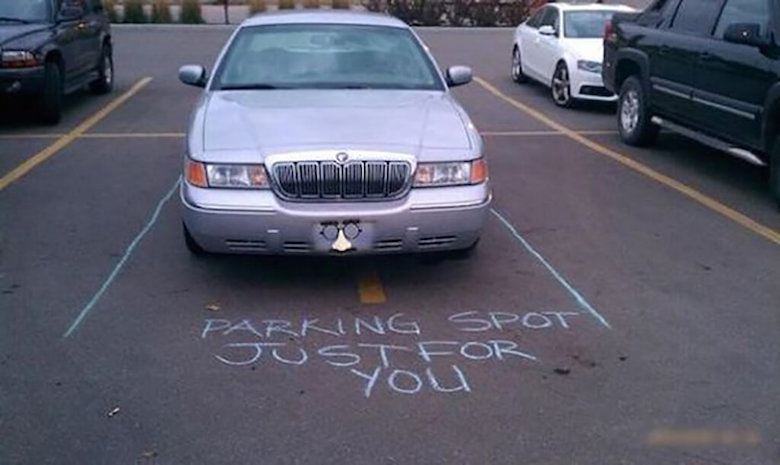 It is hard to tell if it will change such behavior. People who are inconsiderate tend to not respond well to their faults being pointed out.

The other things on John Bolton’s notepad » « The tax competition ramps up – and that’s great!