When I first saw this Free Range cartoon, I was baffled, wondering why people were putting their desks down the elevator shafts. It took some staring before I finally got it. 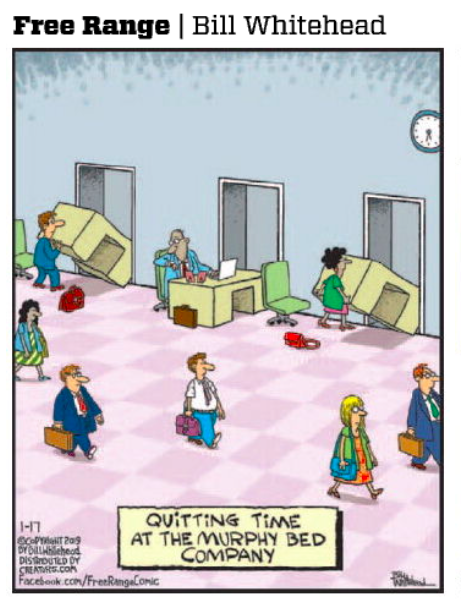