Via Juanita Jean, I saw that someone named Jesse Lee Peterson posted the same powerful photograph of six new congresswomen that I had posted a couple of weeks earlier, but with annotations. 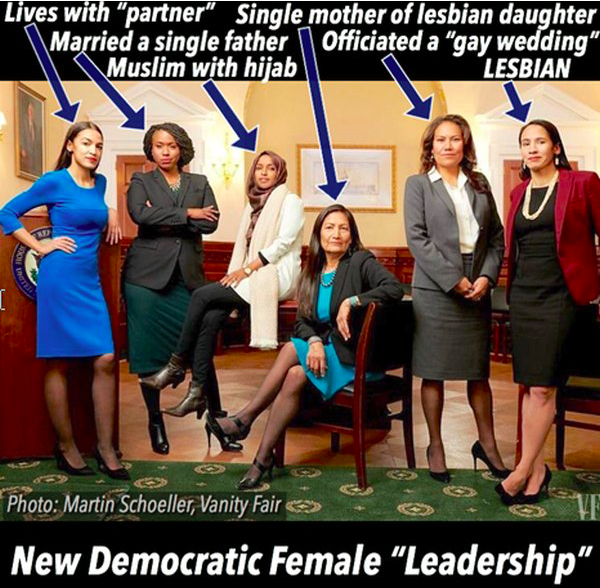 When I first saw his additions, I thought they were meant to highlight the fact that these women brought even more diverse backgrounds than I had initially been aware of. But apparently Peterson thinks these are derogatory things that should disqualify them from office. (I notice that he writes for the site World Nut Net Daily, a fount of right-wing insanity, which alone discredits him. Actually, I am surprised that the site is still around.)

What a sad man.

This is a great deal maker? » « Avoiding a war with China