Saudi Arabia continues its drive to be the Arab hegemon in the Middle East and, along with its subordinate partners Bahrain and the United Arab Emirates, has issued a set of demands to Qatar as to what must be done within ten days for the sudden blockade they imposed more than two weeks ago to be lifted. Qatar must shut down the Al Jazeera network, close a Turkish military base, and reduce ties with Iran. The full list of demands can be seen here. This is quite an ominous development in an already volatile region. 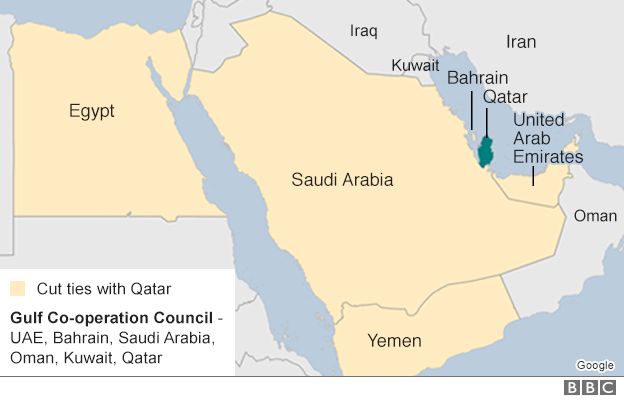 It would be humiliating for Qatar to accept these demands and the alternative would be for them to establish closer ties with Turkey and Iran and even Russia. It is not clear if the Saudis discussed these demands with the Trump administration, even though it came following a complaint by the US secretary of state Rex Tillerson about the lack of demands for lifting the blockade. Even though it may not be in the best interests of peace in the region or of US interests, Donald Trump can be expected to go along with this move, since he seems to be in Saudi Arabia’s pocket, perhaps because he has plenty of business ties in that country but was never able to get a foothold in Qatar. For him, his personal greed takes precedence over everything else.

The US and the Saudis would undoubtedly like to see Al Jazeera closed. That network, while steering clear of any critical coverage of their host nation sponsor, has been a valuable source of on the ground reporting in the region by reporters familiar with the language and culture. As such they have provided a much needed alternative view of events in the region than the western media that helicopter in and out and provide drive-by news that is viewed through a pro-US prism. This naturally does not suit the US. Recall that the US bombed their offices during the early days of the war with Iraq.