As the chorus of voices from the Democratic party establishment calling on Bernie Sanders to drop out of the race reaches a crescendo, cartoonist Tom Tomorrow asked a very pertinent question a few months ago. 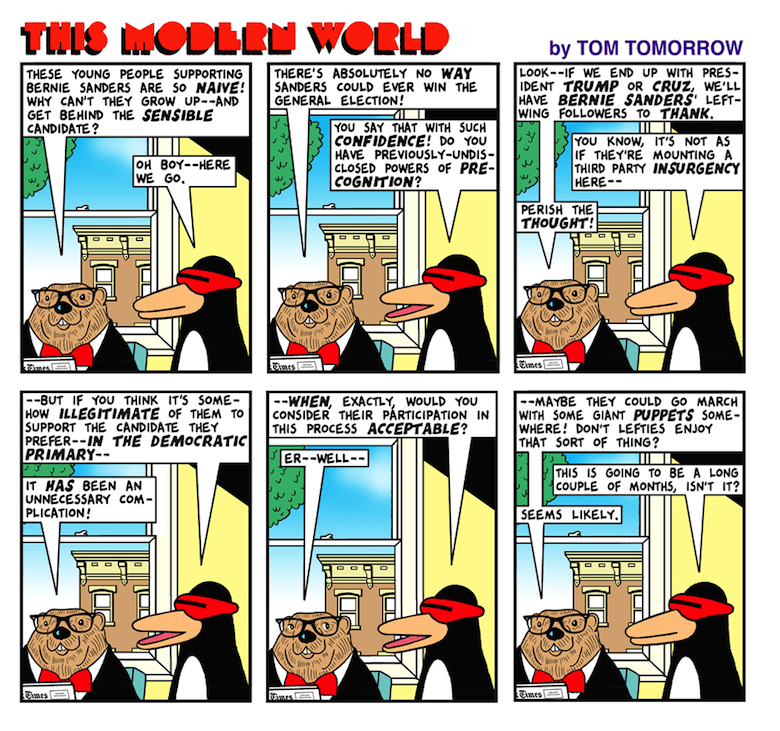