One of the big issues that has been driving policy discussions is the impact of America’s aging population. As the Baby Boomers age into retirement, this puts some strain on the Social Security system (since there will fewer young people paying into the fund and more people drawing money out) and increased health care costs.

But Kevin Drum points out some good news. A new Census Bureau report shows that this problem is only temporary, just for the next couple of decades. By about 2030, that the population distribution stabilizes (Figure 1) and the percentage of people over 65 drops to around 21% by 2050 which is lower than most developed countries. 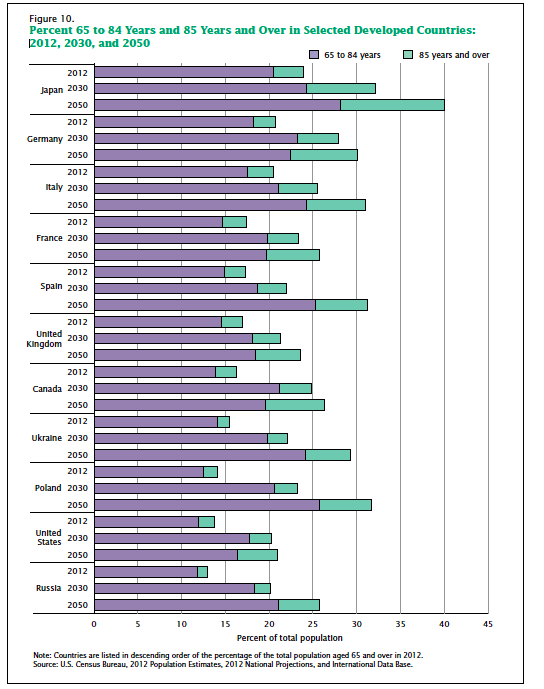 So a few minor fixes to Social Security system (like eliminating the cap on the incomes that are taxed for this purpose) would solve that problem entirely. So all this talk of a Social Security funding ‘crisis’ that requires drastic cuts in benefits or, even worse, privatization of the system is just nonsense.

Another good piece of news in the report is that life expectancy gaps between white, black and Hispanic groups are narrowing (Table 1).