I have a fondness for optical illusions and what they tell us about how our brain processes visual information. I have written before about the moon illusion and the rotating snakes.

But one of the illusions that never fails to amaze me however often I see it is the one where the squares on a checkerboard look different shades of grey even though they are the same.

For an explanation of the checkerboard illusion, see here.

Via Kevin Drum here’s another similar illusion that is as dramatic. 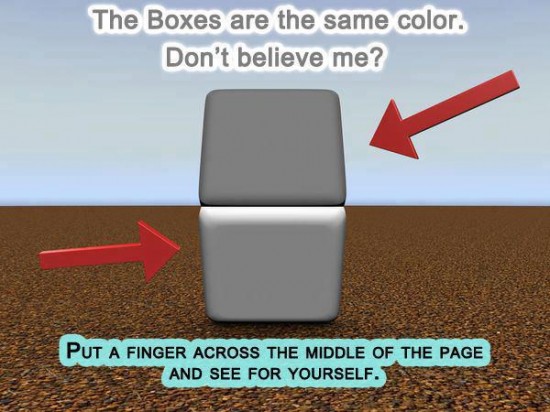 Try moving a horizontal finger slowly from left to right (or vice versa) across the line of separation between the two squares so that it blocks an increasing amount of the line until the line is completely blocked.

Mormon underwear update » « Some one-percenters giving up US citizenship