For Christmas, my wife and I got a new dishwasher, and I also scanned in a lot of old photos for her. Here’s my mother- and father-in-law in the 1940s. 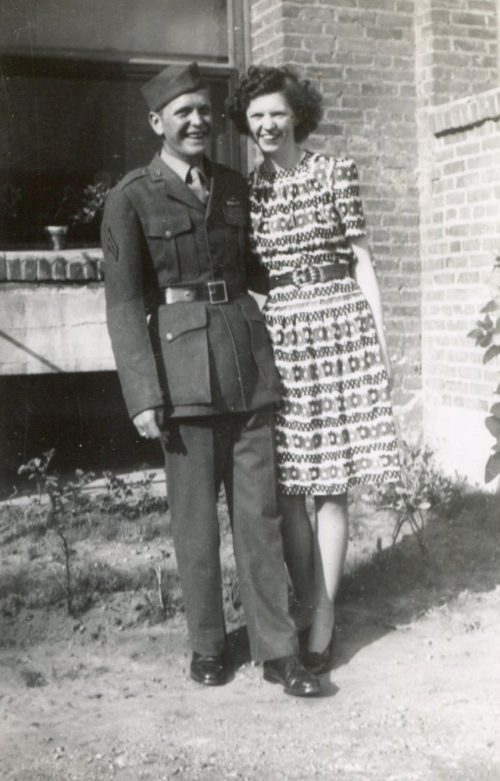 He was a Marine. Fought in the Pacific. Won a few medals for it, too. 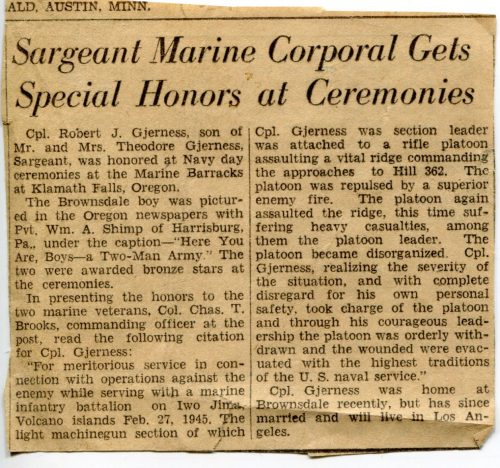 For meritorious service in connection with operations against the enemy while serving with a marine infantry battalion on Iwo Jima, Volcano islands Feb.27, 1945. The light machinegun section of which Cpl. Gjerness was section leader was attached to a rifle platoon assaulting a vital ridge commanding the approaches to Hill 362. The platoon was repulsed by a superior enemy fire. The platoon again assault the ridge, this time suffering heavy casualties, among them the platoon leader. The platoon became disorganized. Cpl. Gjerness, realizing the severity of the situation, and with complete disregard for his own personal safety, took charge of the platoon and through his courageous leadership the platoon was orderly withdrawn and the wounded were evacuated with the highest traditions of the U.S. naval service.

Whoa, I don’t care for that “disregard for his own personal safety” bit. He had an obligation to get home and father my wife 12 years later.