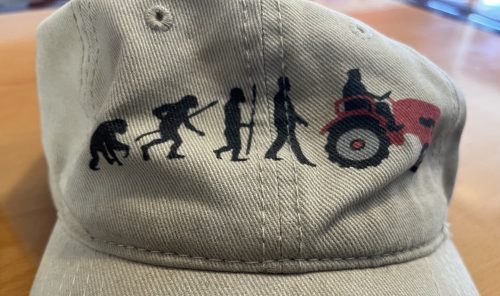 He is the stronger of the two of us.
He is in decline from the cancer right now. He can’t walk. He’s in pain, and is receiving palliative care. His kids are taking turns taking care of him — they are good people, too — but we heard from his daughter this week that he’s too exhausted to receive visitors or answer the phone.
We had our last conversation last week. His voice was reedy and strained, but he still has all his wits about him. He said he had regrets, that he worried that he may have hurt people’s feelings with his sense of humor. I assured him that no, he was not an unkind person, and everyone knew it, witness the wonderful women who had been his partners. They knew a good man, a kind and respectful man, when they met him.
He laughed and said he was just the luckiest person in the world.
We’re reduced to texting now and then, when he feels energetic enough. I wrote to him in my formal, stilted, academic style, and I feel terrible that I can’t just say what I feel, the appreciation and regard that I have for him.

I am not demonstrative in my affections, and I’m sitting here feeling guilty because I don’t think that I ever said that I love you, not once in my entire life. I want you to know that I do, that you’ve been an important part of my life, and I can’t imagine a world without you. It’s too late to tell you how if feel, I know.
You are my oldest friend, my good brother. I wish I could see you again.

He replied this morning.

Not everything needs to be said but it’s understood

I really must stop crying now.

Oooh! Oooh! Check out what’s in that hole! » « One must carry on