Ken Ham is bragging again. Whatever happened to Xian humility? 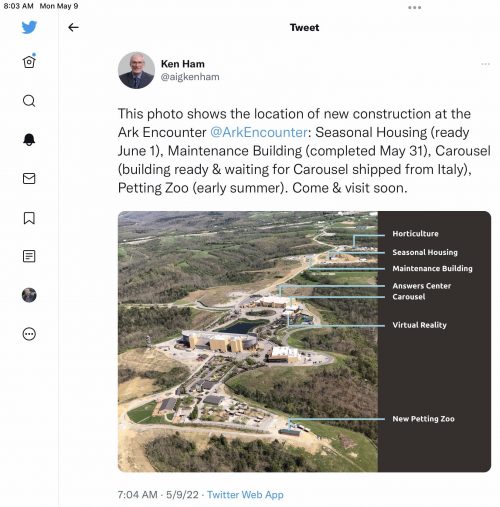 What’s most interesting is that “seasonal housing”. When Ham was lobbying for big tax breaks from Kentucky, one of his arguments was that they’d be bringing so many jobs to the area…only it turns out relatively few people want to work for low wages at a job that requires a loyalty oath and total fealty to conservative Christian ideals. So now he’s building cheap dorms and recruiting zealous young Christians to come work for his ministry. I wonder how much he pays them, if anything?

It’s a bizarre ministry that is going to bring converts to Jesus by way of zip lines and an imported Italian carousel, I guess.