Last night was a bad night — I’m feeling rather battered and my face is sore. Where did they insert that endoscope again? Oh, right, there were some minor problems with anesthesia so I got manhandled a bit while unconscious. I’m feeling it. Bottom half is doing great, but the top half, back and face, were run through a mangler. The aches are already easing up, though, so I’m not worried about it.

I was also advised to go gently on meals, despite being ravenous. I was a good boy yesterday, so it was nothing but soup and toast. There are still strange rumblings and squelchy noises coming out of my guts, so that was a wise decision, but today I surrendered to my hunger and started the day with a mushroom omelette and giant cup of coffee. That should help. 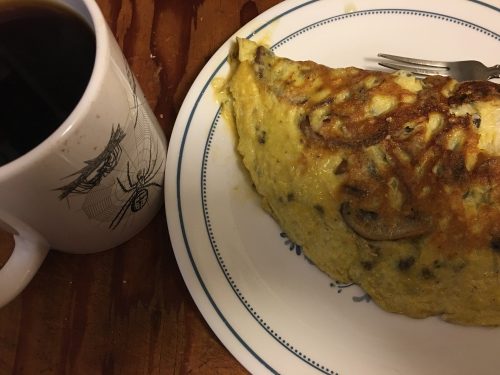 Feeling better already, except…the university has begun its ominous slouch towards opening. Yesterday was the official opening convocation, which I missed for obvious reasons, but today begins with a two hour division meeting (we’re going to talk about budgets and assessment and other such minutiæ ; strangely, there is nothing on the agenda about the pandemic challenges we have to face), followed by a one hour biology discipline meeting, followed by me having to spend some time finishing the genetics lab cleanup so the next lab class can move in for the Fall.

Then I’d better get those class syllabi out to the students. I meet with my new advisees on Monday. They better be wearing masks!

So far, it looks like this school year is starting with an assumption of total normalcy, while ominous horror-movie music has begun rising in my head, and I just know we’re going to reach a crescendo with screeching violins next month. No way am I going to split up and go into the basement in the coming month.

Sorry, I just can’t muster the happy-go-lucky smile » « I yet live