Nice. I’d guess the temperatures when I was born were a little lower still. 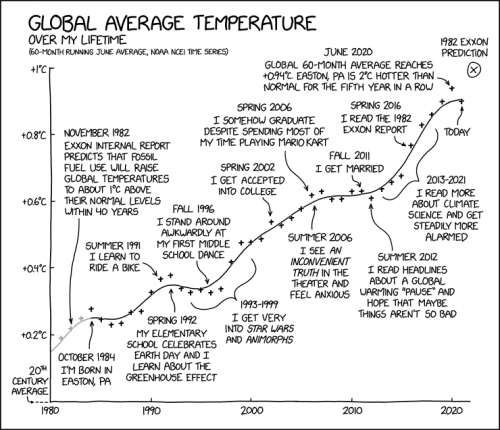 A little arrow that just says “today” is a bit anodyne, don’t you think? Here, instead, this is today: Thousands flee Greek island Evia by boat as ‘horror-movie’ wildfires rage. 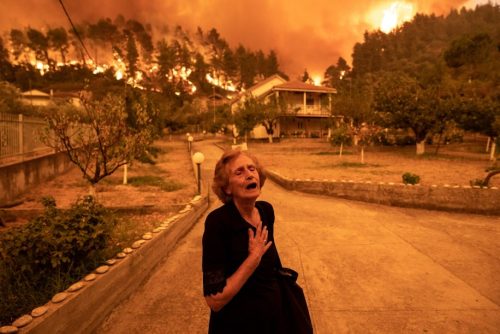 The fires are coming for you, unless we all take action.

I never met him, but still feel the loss » « I’m going to pretend it was my whining that prompted this move