On my bad days, I wonder whether this might not be a good idea. 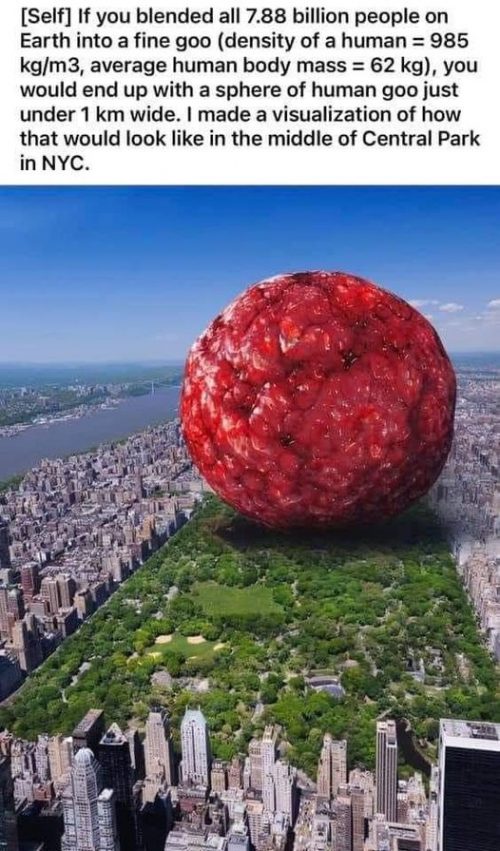 Of course, then I consider the down sides. The expense and energy of making all these mulchers, loading up all the tankers with goo, transporting it to New York, and then spraying it all out into Central Park. The shaping is kind of impossible, too, because I’m pretty sure the slime would slump into a mess that would flow into the streets and drip off the edge of the island into the Hudson and East River.