She has taken up cross-stitch. 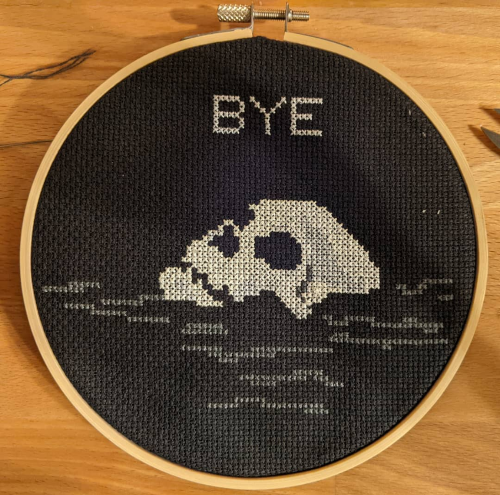 Can you tell that she’s close to finishing up her Ph.D.?

Tekporn, and a spider » « Maybe I’m dating myself