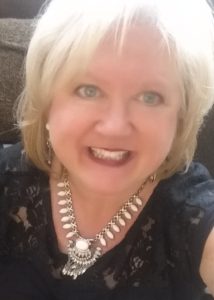 Way to lean in hard into the stereotypes, Karen from Texas. She has written a two-part column for the Orange Leader, a newspaper in Texas, and the editor accepted it, which tells you the paper has no standards.

It’s interesting because I’m sure that if you asked her, she would tell you that she worked hard on this essay, doing lots of “research”, or rather, her idea of research. I can tell how she approached it: she started with an a priori commitment to the idea that dinosaurs and humans coexisted, fired up Google, and searched for stories that affirmed her belief, and then packaged up a list of anecdotes and sent it in. This is not research. That’s not how any of this works.

Every semester I get assigned a group of students to shepherd through a senior thesis assignment. I always tell them the first thing to do is ask a question, and that the purpose of their research is to explore the world of potential answers that have been discussed in the scientific literature, and compose a synthesis of the information from quality sources to suggest the most likely answer. Along the way, they are supposed to discuss how those answers were reached and assess the methods used.

For instance, if Karen were to phrase this as “Did dinosaurs and humans live at the same time?”, well, it’s a silly question because that’s been definitively answered with a strong “no”, but if it were asked sincerely and she reviewed the breadth of the good literature honestly, she might learn something. She did not. All of her “research” was focused on gleaning the minority response of “yes”, and she never cared that she only got that answer from low quality sources at the bottom of the barrel, and she doesn’t even try to analyze how they reached their conclusions.

I include the whole thing so you can see what I mean — it’s a litany of assertions that she has compiled, all of which support her beliefs, not one contrary perspective among them.

I believe that Dinosaurs walked this earth but not 140 million years ago like scientist claim.

Nearly a third of Texans believe humans and dinosaurs roamed the earth at the same time, according to the 2010 University of Texas/Texas Tribune Poll.

Evangelical Christians make up approximately 25% of the U.S. population. A majority of them think the Bible should be read literally and that evolution is false.

In Kentucky there is a Creation Museum, which promotes a very specific version of this belief, which holds that God made the universe in six 24-hour days about 6,000 years ago. (A lot of Christians say 6,000 to 10,000 years). And yes, they have dinosaurs in this creation museum.

[An appeal to popularity only tells me that the Texas educational system is bad.]

According to the Hindustan Times on March 2, 2021, “Scientists have unearthed in Argentina’s Patagonian wilderness; fossils of what may be the oldest-known member of the dinosaur group known as titanosaurs, that includes the largest land animals in Earth’s history”.

They say it is a group of long-necked plant-eating dinosaurs, and is supposed to be 115 feet. They do state the skeletal was incomplete, but they haven’t finished digging it up since it was just recently found.

Many Scientist have poured cast of missing bones and constructed an animal, only to put it in a museum and call it factual.

[Inconsistent. She says she believes dinosaurs existed, but then she casts doubt on the one story about finding a dinosaur fossil that she cites. Why don’t you accept the reality of this fossil, Karen?]

I recently watched a video on dinosaurs, and a school teacher of Science was the one sharing the facts. But this Science teacher got it right. He stated that dinosaurs waked the earth with man. How else would they know what pictures to draw on cave walls that look exactly like dinosaurs? They have found drawings of Woolly Mammoths, Triceratops and men, drawn together fighting.

This is a classic hunter, posing with a 10-point deer these days, showing off his trophy, except they didn’t have cameras then.

[She watched a video. By whom? This sounds like a Kent Hovind story, and no, he is not a credible source. This is all vague and poorly sourced, but I’ll quote the Smithosonian’s assessment of one set of supposed dinosaur pictograms:

While certainly the most prominent, the supposed sauropod was not the only dinosaur carving creationists thought they saw on the bridge. Three other dinosaur depictions have been said to exist, but Senter and Cole easily debunked these, as well. One of the “dinosaurs” was nothing but a mud stain; a proposed Triceratops was just a composite of petroglyphs that do not represent animals, and what has been described as a carving of Monoclonius was nothing more than an enigmatic squiggle. There are no dinosaur carvings on Kachina Bridge.

Or you can read this analysis of a supposed pterosaur painting published in Science. Sorry, Karen, these don’t hold up.]

In 600 BC, under the reign of King Nebuchadnezzar, a Babylonian artist was commissioned to shape reliefs of animals on the structures associated with the Ishtar Gate. Many centuries later, German archaeologist Robert Koldewey stumbled upon the gate, and was rediscovered in 1899.

The animals appear in alternating rows with lions, fierce bulls, and curious long-necked dragons (Sirrush). The lions and bulls would have been present at that time in the Middle East, but on what creature did the ancient Babylonians model the dragon? Koldewey believed that the Sirrush was a portrayal of a real animal and in 1918, he proposed that the dinosaur Iguanodon was the closest known match to the Sirrush.

Both the description there, and the image on these walls, which are now displayed in a Berlin Museum, appear to fit a sauropod dinosaur.

[I’ve seen paintings of the Balrog. Does that make it real? Ancient art illustrates all kinds of chimeras, centaurs, mermaids, dog-people, etc. Is this evidence that they actually exist, or that humans have an imagination?]

What they don’t recognize is the man tracks in the same limestone? As a matter of fact, there are three different types of dinosaur tracks located there.

[Behold! The starship USS Enterprise! How can you behold that if it does not have material, physical reality?]

Yeah, I don’t think she made a reasonable case there, but it is a fairly representative example of creationist “research”.

That’s how you do it » « Yay! Spiders are coming back!